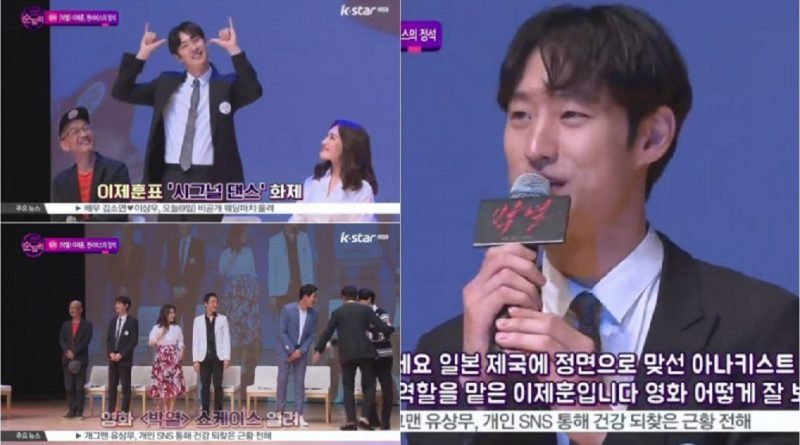 Lee Je Hoon is back with his new movie, ‘Park Yeol’.

The ‘Tomorrow with You’ actor has recently had the showcase for his new movie, ‘Park Yeol’. “Halo, I’m Lee Je Hoon, who’s playing Park Yeol, an anarchist in the fight against the Japanese colonialism. How was the movie?”

During the showcase, Lee Je Hoon talked about his drastic transformation for the character. “The first test during shooting was when I appear as Park Yeol for the first time in the shooting location. All of the actors, even the director, they could not recognize me!”

Lee Je Hoon also had a bomb quiz with fellow ‘Park Yeol’ casts. Those who lose must dance to ‘Signal’. Lee Je Hoon copied the ‘Signal’ dance perfectly, which made everyone who was there laugh out loud. During the showcase, Lee Je Hoon even hugged fans and took selcas with them. He gave such excellent fan service.

It was clear that Lee Je Hoon enjoyed spending time with fans. His new movie, ‘Park Yeol’, will be released on June 28.