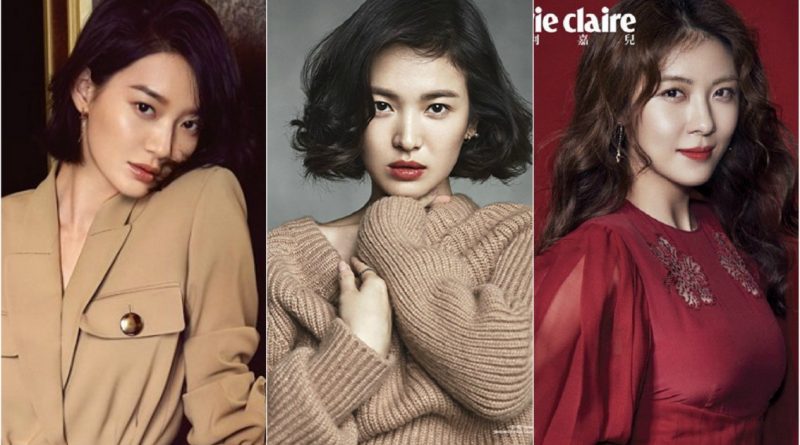 Song Hye Kyo is not young anymore, but it does not make Song Hye Kyo looks old. As we know Song Hye Kyo’s face from the beginning until now seems almost unchanged! It turns out Song Hye Kyo is diligent to wear flour and carrot mask that is useful as an anti-aging.

Shin Min Ah admits that she often exercises pilates. She is very into this sport and almost every day doing it. In addition, Shin Min Ah also likes drinking water. She said that drinking a lot of water can reduce aging signs such as wrinkles.

Unlike the other actresses, Ha Ji Won believes that avoiding stress is one way to avoid aging. She revealed that she always turns on the music on the streets to avoid the stress. In addition, Ha Ji Won is also diligent to drink water with a mixture of lemon and honey. She said people will praise her skin the next she drinks the water.

The beautiful actress who is Rain’s wife turns out to have her own secret why she still looks fresh and fit in her 30s. Kim Tae Hee admits that she always spends an hour to exercise every day. Not only that, Kim Tae Hee always tries to be confident and not to overthink about her appearance. Without being stressed out, Kim Tae Hee stays looking cheerful and looks younger.

Han Hyo Joo said that she frequently cleans her face. Within a day, she washes her face countless time. She told that this also can prevent wrinkles on her face.