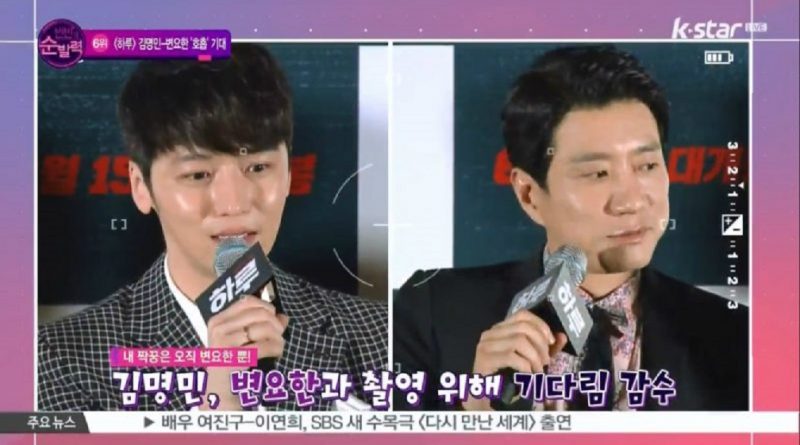 Actors Kim Myung Min and Byun Yo Han are teamed up once again in the movie ‘A Day’, which tells of a man who keeps coming back to two hours before his daughter’s death and meets a mysterious man who helps him to save his daughter.

Kim Myung Min shared his thought about filming this movie. “In the story, the same day continuously happens, so everything must be the same. They even only prepared one costume for me. Sometimes I was fed up for having to wear the same thing over and over again

He also added, “Filming only one situation with different emotions was not easy. If I remember correctly, for the staffs, the director, and other casts, being the set were really like being in a hell.”

The movie ‘A Day’, starring Kim Myung Min and Byun Yo Han, is scheduled to be released on June 15.