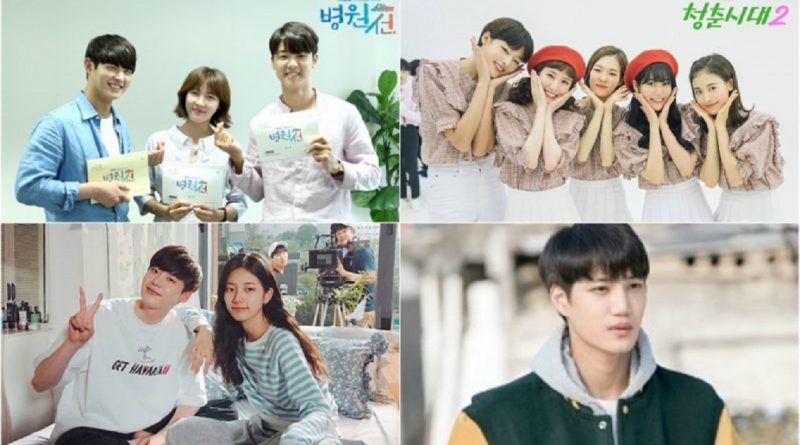 Many dramas are preparing to air in mid-2017 But not all dramas have a positive response from the loyal viewers. Only a few dramas are able to attract the attention of the faithful viewers of K-drama. Here are 4 most anticipated dramas in mid-2017!

1. While You Were Sleeping

Since the announcement of the casts, the drama ‘While You Were Sleeping’ has been eagerly anticipated by the faithful viewers of the K-drama. This drama has a list of casts whose acting skill cannot be doubted anymore, such as Lee Jong Suk and Suzy. For the first time since she debuted, Suzy has also cut her hair short solely for the filming of this drama. Her fans are so enthusiastic to see Suzy’s transformation. Many argue that Suzy looks younger and more beautiful with short hair. What’s more interesting is the list of famous artist names that have been included in a cameo list like Kim So Hyun, Lee Sung Kyung, and Yoon Kyun Sang. What do you think? Will the audience’s enthusiasm will stay the same when the drama is aired later?

Image Source: MBC
The drama ‘Hospital Ship’ will be the first drama where Ha Ji Won, who has long been involved in acting, plays the character of a doctor. Ha Ji Won always plays a movie or action drama now her courage in taking on a new role attracts the attention of many viewers. Moreover, Ha Ji Won’s hard work in studying medical world only for the sake of the filming is really admirable. CNBLUE’s Kang Min Hyuk is also the idol that has been waited by the female audience. The drama is scheduled to air in September. Are you also waiting for this drama?

Thanks to the success of the drama ‘Age of Youth’, the author decided to make the 2nd season. ‘Age of Youth 2’ will be set one year after the last ‘Age of Youth’. ‘Age of Youth 2’ attracts the public’s attention because it will help the faithful viewers of ‘Age of Youth’ to remember and to relive the exciting feeling when they were watching the first season. They will feature the same casts and place in the second season as well. It is expected that this drama can be as successful as the first season. Do you think this hope can be achieved seeing the big enthusiasm from the viewers?

‘Andante’ will be the first drama where EXO Kai becomes the lead actor. Finally, EXO Kai who has been trying his luck in the acting world since last year can get a chance to become the main actor. Considering Kai is also one of the best-known idols and actors, it makes the viewers cannot wait to watch this drama. It is also proved by how ‘Andante’ has given the rights to broadcast the drama in almost every country in Asia and Europe.

Of the four dramas that soon will be aired, which one do you want to watch the most?

February 28, 2017 Tri Comments Off on Gong Yoo to Hold A Fundraising Bazaar With Fans