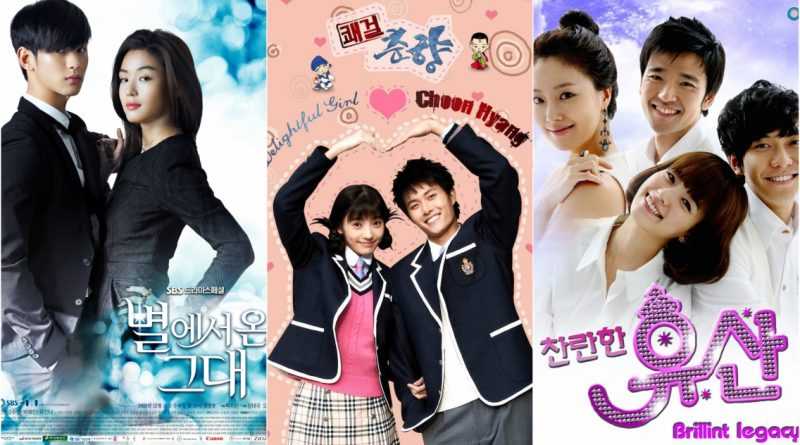 Rank&Talk
September 13, 2017 Ria Autumn in My Heart, Brilliant Legacy, My Love from the Star, My Sassy Girl, Princess Hours, RANK AND TALK

When the soap opera aired, many KDrama fans protested heavily and immediately demanded that this soap opera to be banned. Understandably, Korean drama ‘My Love from the Star’ starring Kim So Hyun and Jun Ji Hyun has a big success and has plenty of fanatical fans. Hence many fans were angry when RCTI broadcasted a soap opera with its cast Morgan Oey and Nikita Willy. The story was exactly the same, that is a lonely female celebrity who met with an alien using the background of the past and the present time.

Although the soap opera did not have exactly the same story, it still has a similar setting which is a royal like in Princess Hours. For the outline, they have similar plot that is a poor girl who suddenly had to have an arranged marriage with a rich family guy. So the whole story and the scenes told in both are also very similar.

The characters and the story are very similar. The Indonesian version of Chun Yang Kezia was played by Laudya Cintya Bella and the guy named Marcel  played by Egi John. They initially hated each other, but then married due to a misunderstanding. Even their introductory scenes also belong to the story of Sassy Girl, where the girl damages the guy’s mobile phone.

Endless Love can be regarded as a drama that started the Hallyu Wave fever in Indonesia. The drama starring Song Hye Kyo and Won Bin adapted to Indonesian version starring Leony Vitria and Rionaldo Stockhorst. The story is the same, originated from the neighboring babies in the hospital until they meet again as adults and fall in love when brother’s sister, until the same love story triangle. We might accept it since Endless Love is indeed really successful in Korea, even reaching the rating of  46.1%.

July 5, 2017 Ria Comments Off on BTS is Crowned as ’25 Most Influential People On the Internet’ by Time Magazine
MUSIC VIDEO

May 7, 2017 Tirta Comments Off on The 53rd Baeksang Art Award’s Red Carpet Fashion