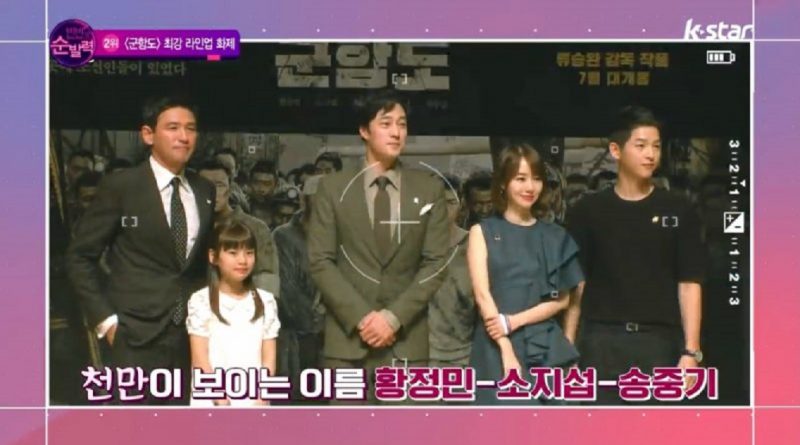 Song Joong Ki returns as a soldier after ‘Descendant of the Sun’ in a new movie, ‘Battleship Island’, which attracts such huge attention with its amazing line up: Hwang Jung Min, So Ji Sub, Song Jung Ki, and Lee Jung Hyun.

‘Battleship Island’ is a real location that existed during the Japanese Colonial Period. The movie is made as realistic as possible with the original history, which is about Joseon people who tried to escape from a Japanese warship.

Song Joong Ki’s re-appearance as a soldier attracts public’s attention. In addition, there is Kim Soo Ahn, who is known as the daughter from ‘Train to Busan’. In this film, she plays as Hwang Jung Min’s daughter. “Last year, your father was Gong Yoo. This year, it is Hwang Jung Min. What do you think is the biggest difference between them?” asked the MC to Soo Ahn. “Last year, my ‘dad’ was handsome, this year, my ‘dad’ is a good man,” the girl answered.