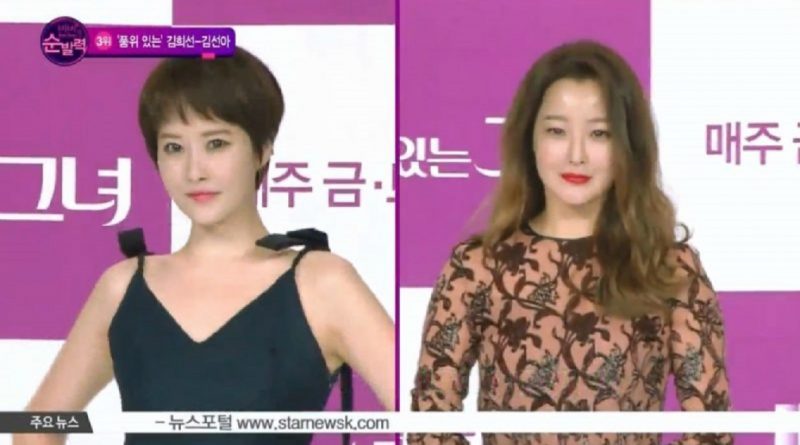 Kim Hee Sun and Kim Sun Ah are back together after 17 years with their new drama, ‘Women of Dignity’. During the press conference, they could not stop praising each other’s appearance.

“Her eyeballs are so beautiful that it often still amazes me to see them. When I see it, I always think, oh, it’s beautiful. I’m always so surprised until I forget everything,” said Kim Hee Sun about her co-star.