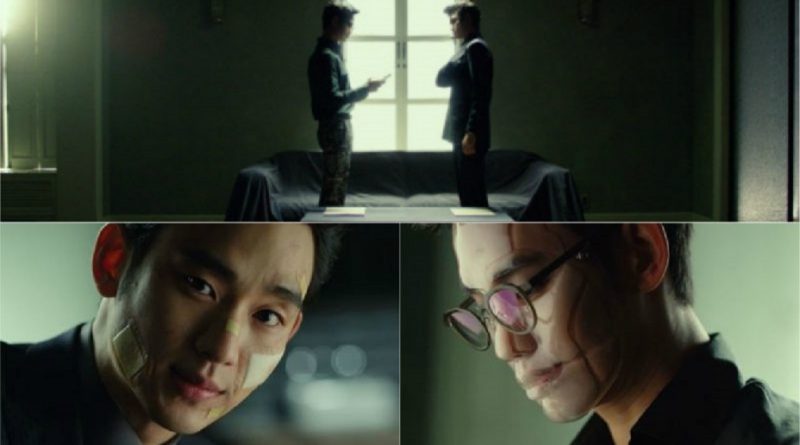 The first still shows the character of Jang Tae Young, the casino owner. This character will face Song Yoo Hwa.

The next still cut is the character of Jang Tae Young who appears as a suspicious investor. He shows up every time Jang Tae Young wants to invest. His face is wrapped in a transparent mask and wearing glasses, provoking the audience’s curiosity for what reason he is hiding.

The last still cut is the scene where the two people face each other. They seem to be in the same atmosphere and make the audience curious about the relationship between the two people.

In the press conference, Kim Soo Hyun said, “I feel challenged to be portraying two characters.”

‘Real’ is a noir action film that tells the secrets and big conspiracies of the two men who conquer Asia’s biggest casino. The movie is set to be released in Korea on 28th of June.