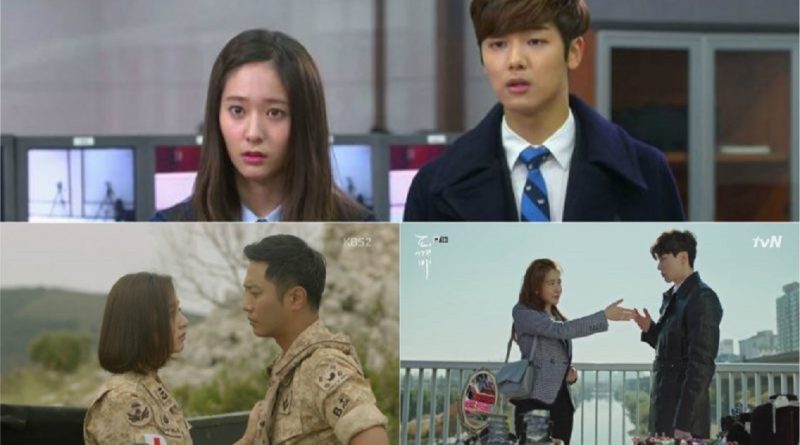 Who doesn’t know this couple! In the drama ‘The Heirs’ Kang Min Hyuk plays as Yoon Chang Young and Krystal as Le Bo Na. They act as a very adorable couple in the drama. Bo Na is very protective of Chan Young. But the protective side shown by Bo Na is very funny, she dislikes it if Chan Young gets too close to Cha Eun Sang (Park Shin Hye). Both show the intimacy of a pair of high school kids who can make the viewers feel jealous watching it.

2. Jin Goo and Kim Ji Won (Descendants of the Sun)

The last couple is a unique couple because it is a love story between a Grim Reaper (Lee Dong Wook) with a human named Sunny (Yoo In Na). Their story begins when fate decided to bring the Grim Reaper to meet Sunny when they both wanted to buy the same ring. The Grim Reaper who is able to know someone’s past just by touching their hand suddenly see Sunny’s past. He cried for the first time after finding out Sunny’s past life. Their relationship is so funny that it makes the viewers laugh. With their strong chemistry, the couple is able to compete with the main couple in the drama, Kim Shin and Ji Eun Tak.