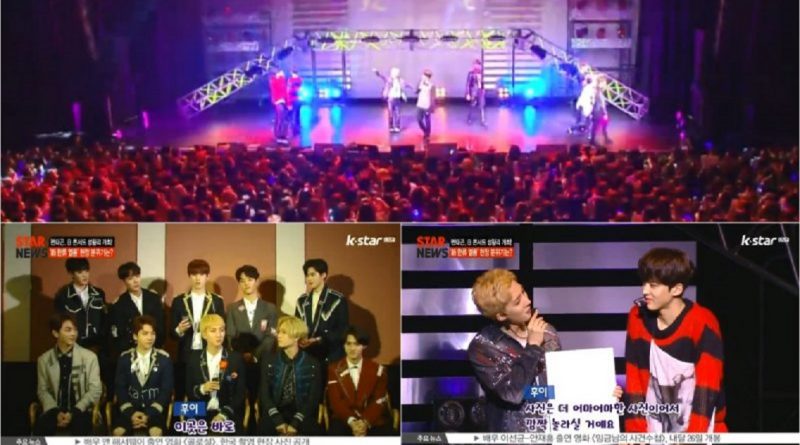 Last year in October, idol group Pentagon held a Japan showcase a month after they debuted.

On March 24, Pentagon successfully held a mini concert in Shinagawa and Stellar Bor, Tokyo, Japan. According to one of its members, Hui, “Pentagon will officially release our Japan mini album in March 29. This mini concert is held to celebrate the Japanese album release.” The group managed to sold out more than 5000 seats, proving the group’s popularity in Japan.

On stage, Pentagon did not only perform their songs, but also spent their time by showcasing their individual talents. K-Star also asked fans their reasons for stanning Pentagon. “Yuto could speak Japanese, and Kino is so good at dancing”, said a fan named Ji Ri Ah. Another said, “I love Yeo One’s personality, his performance is also great. The members also have a great bond.”

Pentagon proved themselves as “Talented Idols” during the mini concert. They took photos with fans, talked to fans, and gave a lot of fan services. E’ Dawn said, “Seeing our fans’ reacting like “Waaaa!” always makes me happy. Their positive responses and funny expression always makes me happy,”

Pentagon has captured Japanese fans’ hearts with their talents and beauty. Their performance in the mini concert made Japanese fans very happy.

August 4, 2017 Tri Comments Off on Kim So Hyun Is Spotted With Her Airport Fashion at Incheon Airport, Going to Bangkok, Thailand