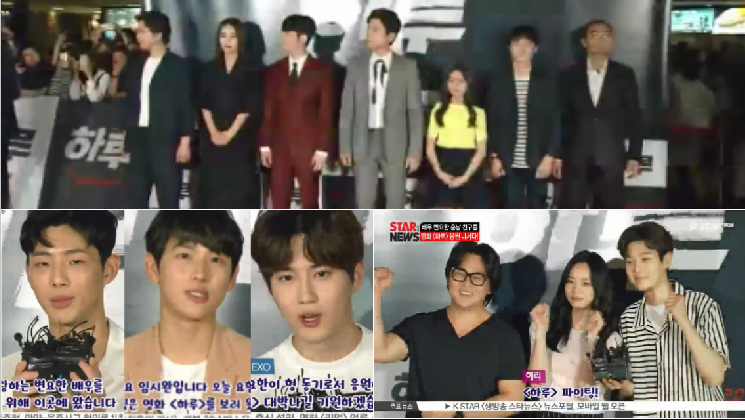 The close relatives of Byun Yo Han came to support the movie ‘A Day’.

The movie ‘A Day’ is a work that earns high expectations because of the chemistry between Kim Myung Min and Yun Yo Han. The stars who came to support this movie are also eagerly awaited by movie lovers. Between them are Ji soo and Im Si Wan. 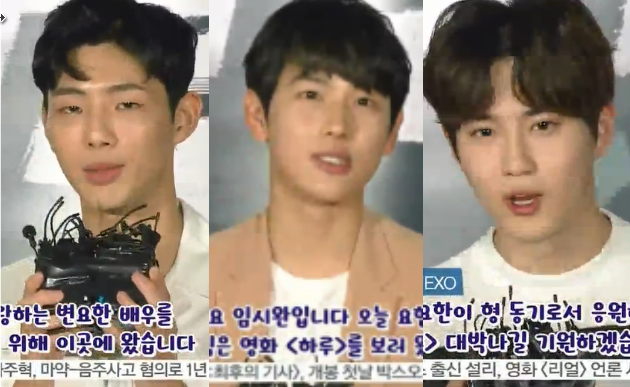 Ji Soo makes his appearance and says, “‘I came to support the actor I really care about. I hope the movie ‘A Day’ will be a hit”. Similarly Im Siwan who co-acted him in gives his support and says that the movie is worth waiting for. Then EXO’s leader Suho hopes that ‘A Day’ will be something nice. The three attractive men show their spirit by shouting “Fighting!” for the movie.

In addition, another star Choi Woo Sik stands in front of the camera with Hyeri Girl’s Day They cheer for the movie and shouted “Fighting! enthusiastically. 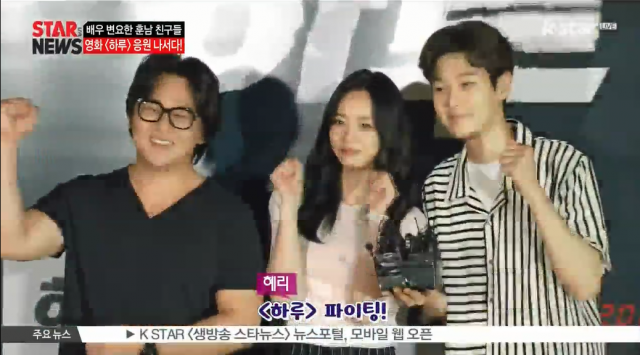 We wish the best luck for ‘A Day’. May hopefully it be enjoyed by the fans!

July 7, 2017 Tirta Comments Off on Song Joong Ki and Song Hye Kyo are Getting Married on October 31st
DRAMA VIDEO