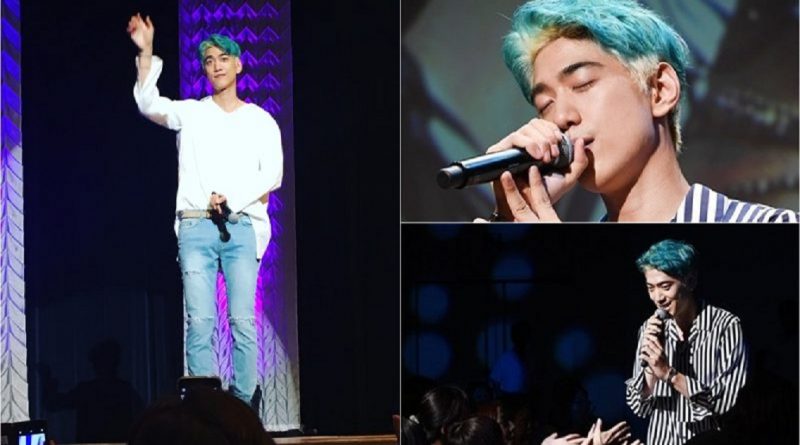 On the 18th, through fan meeting held in Japan titled ‘SUNG JUN FAN MEETING 2017 in OSAKA’ Sung Jun spent his special time with the fans after 1 year.

Onstage Sung Jun tells the story of his film appearing at the Cannes Film Festival ‘The Villainess’, the drama ‘The Perfect Wife’, and his latest drama ‘Mojito’. Appearing on the big screen as well as the TV screen, Sung Jun is getting even busier and the behind the scenes which are being displayed are enough to make fans curious.

In the event, fans can ask questions about what they want to know and do a fan survey questionnaire about Sung Jun. Having fun with the fans, he also expressed his thoughts to fans through the corner where fans can listen and communicate and express opinions actively with him.

The drama ‘A Perfect Wife’ is aired in Japan, Sung Jun is consistently loved by Japanese fans and has once again proved his popularity in the country by holding his sixth fan meeting in the country from 2012 to the present.

Sung Jun is filming a drama titled ‘Mojito’ which depicts a strange story of a woman with a balance of life that is lacking and always struggling with money like a third generation chaebol (conglomerate) who does not receive an inheritance.