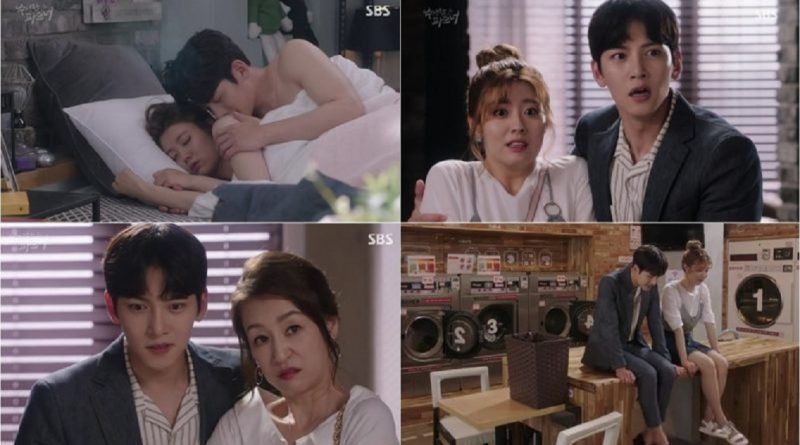 In the SBS drama ‘Suspicious Partner’ on June 22nd, No Ji Wook (Ji Chang Wook) and Eun Bong Hee (Nam Ji Hyun) show their unchanging love despite getting a resistance from both of their parents.

In this episode, Ji Wook and Bong Hee who live in one house are blooming in love, Bong Hee avoids Ji Wook who will embrace her, “It’s only our second day” he said.

“Yes I’m stressed because my lover keeps calling me Lawyer” Ji Wook said. By pursing his lips Ji Wook continues to ask Bong Hee to call her “Honey”, Bong Hee says she does not want but shows her aegyo three times when calling ‘dear’, and Ji Wook holds back his laughter. Ji Wook certainly likes Bong Hee’s aegyo and shows an adorable relationship.

“We’ll go on a date later”, Bong Hee said. Ji Wook prepares the necklace and flowers as a gift, but Bong Hee takes him to another place where they can pick up the doll, the disappointed Ji Wook just says “My plan is messed up” and keeps following Bong Hee’s desire to play the game together.

They walk together, at that time Eun Bong Hee excuses herself and Ji Wook met with his adoptive mother Hong Bok Ja (Nam Gi Ae). From a distance Bong Hee sees Ji Wook talking to Hong Bok Ja and hears him calling her Mom, she is shocked and immediately runs away.

Ji Wook arrives home with her mother, then Bong Hee’s mother, Park Young Soon (Yoon Bok In) shows up at the office, she meets with Hong Bok Ja and both know that their child is dating. There was a surprising atmosphere when Ji Wook put his hand on Bong Hee’s shoulder and said aloud, “We’re dating,” both parents are against the relationship, Ji Wook then said to Bong Hee “Do not think too much about our parents, I’ll win their heart”.

Bong Hee realizes the gift Ji Wook has prepared and he says “So when are you going to give it to me?” And then Ji Wook gives the necklace as a gift and directly attaches it to Bong Hee. Their love has not changed.