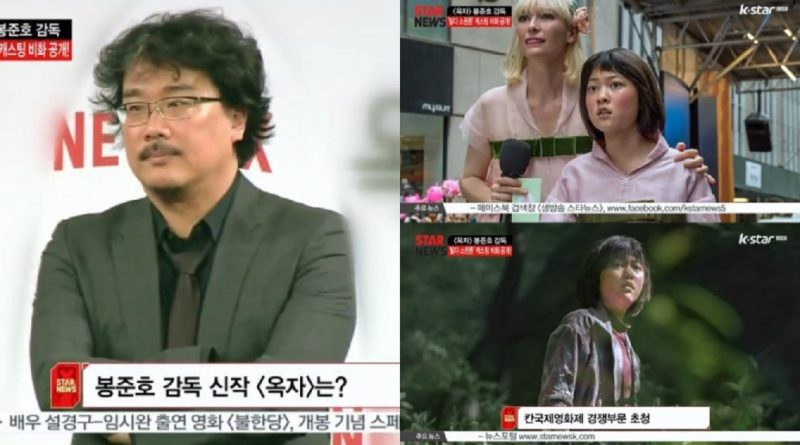 Okja, a movie directed by Bong Joon Ho, will finally be released soon. This movie is Bong Joon Ho’s latest project after ‘Snow Pierce’ 4 years ago. This project was picked up by American investor and will be broadcasted on Netflix, an American streaming site. Unlike other movies, ‘Okja’ will be released in a Film Festival first.

“Of course I’m nervous. Any directors would feel nervous whenever they introduce their works on a Film Festival, especially if the festival is as big as Cannes Film Festival, because, you know, movie-goers from all around the world will be there…. So I feel…. This feeling might be similar to what a fish feels when it’s being fried, and they’re going to watch it for the first time. I feel excited as much as I’m nervous,” said Bong Joon Ho.

Surprisingly, Film France, the French film comission, stated that ‘Okja’ violates Cannes’ rules because the movie has not been nor is not going to be aired on cinemas.” Watching in a cinema is not the only way to enjoy a movie, that’s why I don’t think this is such a big problem.”

For this year’s event, Cannes does not only invite PD Bong Joon Ho, but also PD Hong Sang Hoo, the director of ‘The Day After’. Other than Bong Joon Ho and Hong Sang Hoo, Cannes also invites another Korean director, which is PD Park Chan Wook.