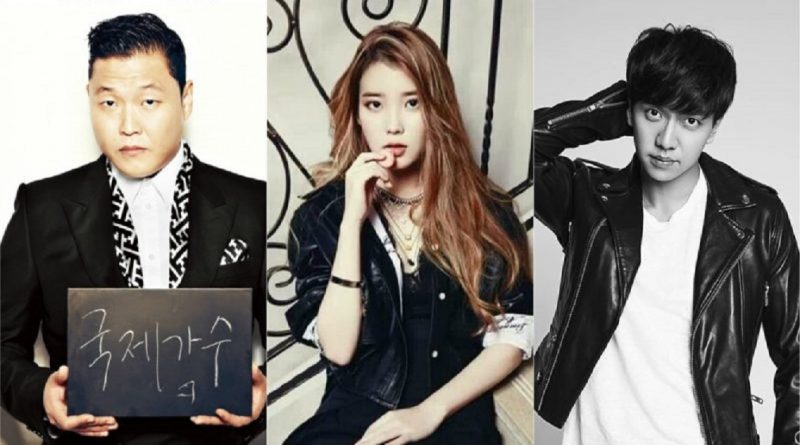 IU and Psy became the guest stars at a military concert. They both spared their time to show their loyalty to their fellow singer, Lee Seung Gi.

Psy has a special relationship with Lee Seung Gi. Lee Seung Gi’s debut song (I told you’re my girl) was written by Psy, and Lee Seung Gi was known as a Korean male solo artist thanks to this song. And the song ‘I’m Going To Military’ which is also a statement from himself before entering the military is also made by Psy.

IU and Lee Sung Gi have also attended Psy’s concert. On June 30th, IU and Psy showed a warm atmosphere with Lee Seung Gi who was undergoing the military service.

Meanwhile, Lee Seung Gi will finish his military service in October, while Psy will hold a ‘Summer Swag’ concert later this month, and IU is preparing for her next activities.

December 28, 2017 Tri Comments Off on 3 Korean Face Mask For Your Healthy and Fresh Skin!
DRAMA Rank&Talk