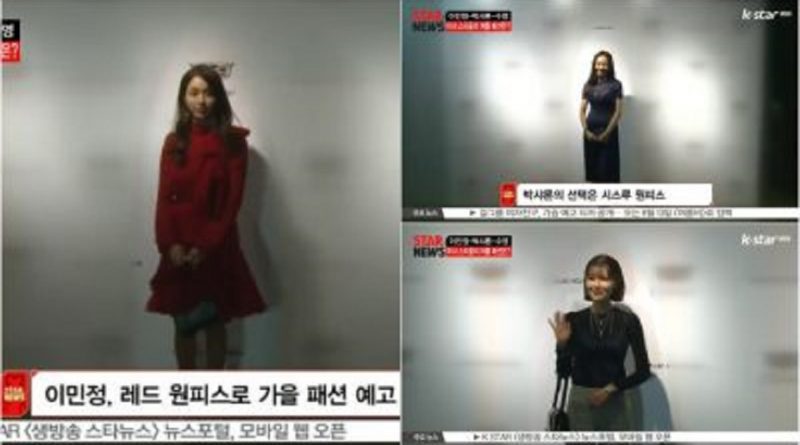 In this summer, many fans are wondering on what kind of fashion that female stars would wear.

Park Sharon, a Miss Korea, wore a purple invisibility one-piece. People could feel the feeling of autumn from the skirt covering her shoulders and knees. She has not appeared in front of the camera for a long time and now she attracted attention as an outstanding actress, acting as the representative of a group called Beautiful Grace.

The female stars showed up beautiful between summer and fall! Fans are focusing on the fashion women wear for the fall this year.