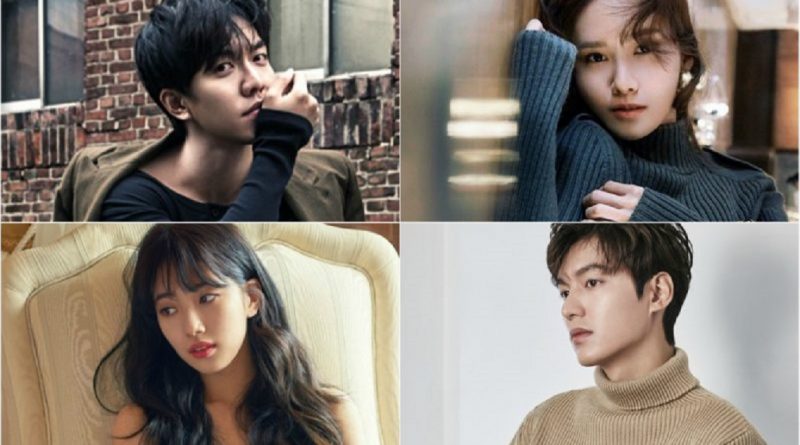 Love does come unexpectedly. Someone will never know when the cupid fired an arrow of love toward them. Korean celebrities are also the same, they are still people who have the rights to be in a relationship. Although there are some celebrities who become lovers because they come from the same agency or involved in the same project. Not a few Korean celebrities suddenly get caught in love. Who are they?

This couple is a couple that is loved by the fans. But the news of Lee Seung Gi and Yoona are in a relationship comes rather abruptly, because these celebrities that come from different agencies and professions are rarely found appearing in the same event. However, Seung Gi did say that his ideal type is Yoona. Unfortunately, their relationship has ended back in August 2015.

2. Zico Block B and Seolhyun AOA

The news of Zico Block B and Seolhyun AOA relationship is quite surprising. The reason is because these two idols are rarely seen together until Dispatch successfully reported the Visual of AOA when she’s visiting Zico’s apartment. Unfortunately the relationship did not last long, few months after the news, both of them decided to part ways.

The news of Hani EXID and Junsu JYJ’s closeness is also quite surprising. Because both are never seen together, they also come from different agencies and are rarely reunited in the same project. Just like Seolhyun-Zico, finally the couple whose relationship got revealed in the beginning of 2016 ago decided to part ways.

The relationship between BoA and Joo Won is also quite appalling to K-pop fans. Because BoA and Joo Won are rarely seen performing together but suddenly they are reported to be dating. It is also rumored that the matchmaker of this couple is BoA’s own friend, Yunho TVXQ. Is it true?

The couple that comes from different field of profession is suddenly rumored dating in 2015. Lee Min Ho is the first to fall in love with the beauty of the Nation’s First Love, Suzy. Until now they are still in a relationship. Hope their relationship will last long!

The latest and the hottest one is the relationship of Soyul Crayon Pop and Moon Hee Jun. Without any rumor prior to their relationship, this couple suddenly announced to be married soon. In 2017, the couple that comes from different generations will officially become husband and wife. Congratulations!

April 17, 2017 Tri Comments Off on Tak Jae Hoon Becomes the MC of K STAR ‘I Am the Actor’
DRAMA VIDEO