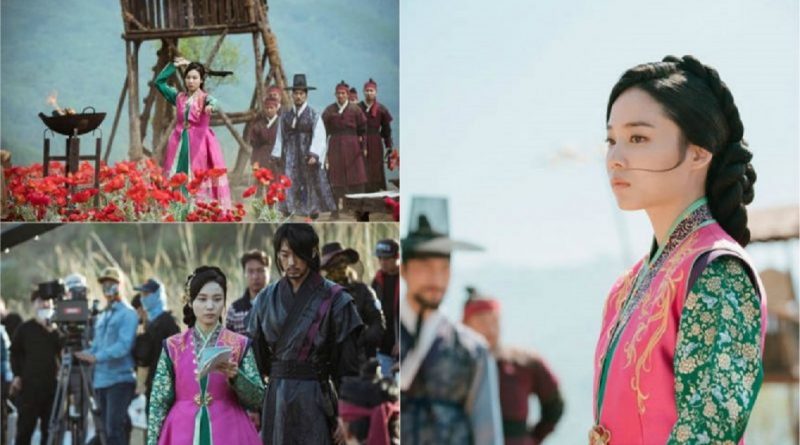 MBC drama ‘Ruler: Master of the Mask’ released some behind the scene photos of Yoon So Hee burning the poppy field in the latest episode of the drama.

Episode 31 and 32 of ‘Ruler: Master of the Mask’, which were aired on June 29th, got the viewer ratings of 11.9% and 14.6%, keeping the drama at the first rank. The drama has been ranked on the first place for 8 consecutive weeks since its first airing on May 10th. The exact scene in which the drama got its highest rating was the poppy field burning scene done by Yoon So Hee.

In the drama, Hwa Goon (Yoo So Hee) thought that the Crown Prince (Yoo Seung Ho) died because of Dae Mok (Heo Jun Ho). Filled with hate and determination to have her revenge against Dae Mok, Hwa Goon went to the poppy field, which was very important for Dae Mok’s Pyeonsohee organization, and burned all the flowers in the field using a torch.

In the BTS photos, Yoo So Hee is seen preparing the flower garden scene. The crew said, “This scene depicts Hwa Goon, who is facing an agonizing pain with strength.”