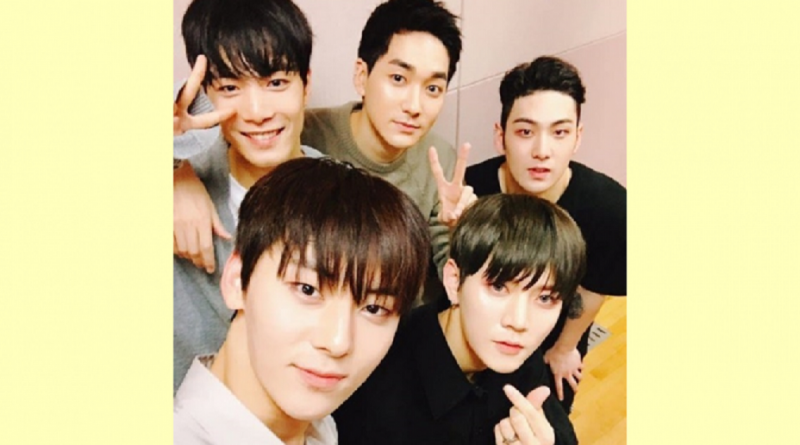 NU’EST released a group photo after completing the broadcast of Mnet ‘Produce 101’ Season 2.

The photo shows JR (Kim Jong Hyun), Min Hyun (Hwang Min Hyun), Ren (Choi Min Ki) and Baek Ho (Dong Ho), who appeared in ‘Produce 101’. The four people seemed to be taking the selca after the final show. Aaron, who did not appear on Produce 101, is known to be there to support his members.

Hwang Min Hyun, who was part of the final 11 members of Produce 101, will be included as a member of Wanna One until December 13, 2018. Pledis Entertainment, the group’s agency, has recently released a statement regarding the other 4 members. “Jong Hyun, Min Ki, Dong Ho, and Aaron are getting ready to meet their fans again. We have not decided how to do it yet, but we will try to get four people on stage as soon as possible,” Raising fans’ expectations.

NU’EST has been loved by fans since they appeared on ‘Produce 101’, and their various songs which were released before ‘Produce 2’ are now currently sitting on charts. The group is expected to make a comeback this year.