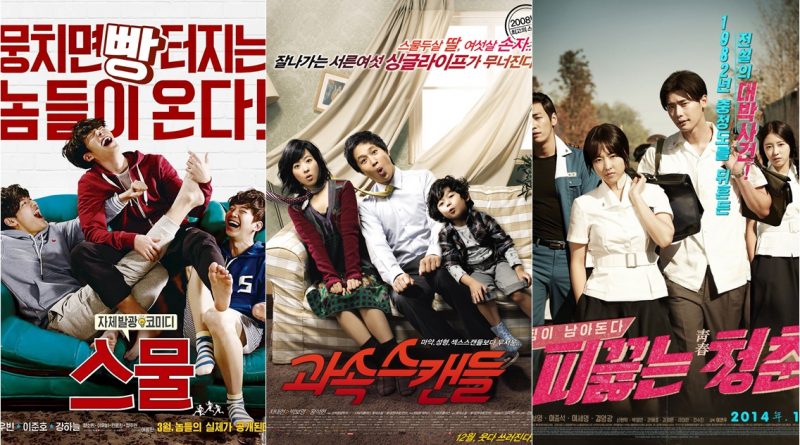 After a long day of exhausting activities, watching a movie can be a good choice. Comedy genre is also the best choice. In addition to having a light story, comedy films can also make us laugh and forget our tiredness in a flash. Not only the comedy-drama, Korea also has many good comedy movies. Here are 3 recommended comedy movies:

Starring young stars Kim Woo Bin, Lee Joon Ho, and Kang Ha Neul, the movie ‘Twenty’ is absolutely worth watching. The story is about 3 young men who are looking for the meaning of life and love. After graduating from high school Chi Ho (Kim Woo Bin) lost his passion and just stays at home. He has a lover named So Min (Jung So Min) but always thinks of other women. Chi Ho accidentally spends time with new actress Eun Hye (Jung Joo Yeon) and becomes his manager. Dong Woo (Lee Joon Ho) aspires to be a comic artist but poor family conditions make it difficult to pursue his dream. While Kyung Jae (Kang Ha Neul) who is probably the most normal among them, is a university freshman. Kyung Jae meets with senior, Jin Joo (Min Hyo Rin) and falls in love with her.

The film, produced in 2008, has lifted Park Bo Young’s image as a cute, funny and innocent girl. It tells about Nam Hyun Soo (Cha Tae Hyun), a radio DJ and popular entertainer. One day, there is a woman named Hwang Jung Nam (Park Bo Young) who visits Hyun Soo’s apartment and said that she is his daughter. But Hwang Jung Nam already has a son which makes Hyun Soo a grandfather. As an entertainer, Hyun Soo does not just believe in Jung Nam’s confession. Jung Nam threatens to expose his identity to reporters if she is not allowed to live in his apartment. The conflict begins when the teenage Jung Nam is considered as Hyun Soo’s lover.

It tells the story of youths with a background in 1980 in Heongseong, South Korea. The film contains elements of dispute, friendship, and secrets from Heongseong high school students. Young Sook (Park Bo Young) is the leader of a respected female gang in school. Though she is famous for her strength, secretly Young Sook has a crush on Joong Gil (Lee Jong Suk). While Joong Gil himself is a playboy. He teases all the women at school except Young Sook. That’s because Kwang Sik (Kim Young Kwang) the male gang leader from the next school, has a crush on Young Sook. Then the new students (Lee Se Young) from Seoul made a rowdy scene. Joong Gil falls in love with her while Young Sook tries to prevent it from happening. Not only that, Kwang Sik began to realize the feelings of Young Sik to Joong Kil.