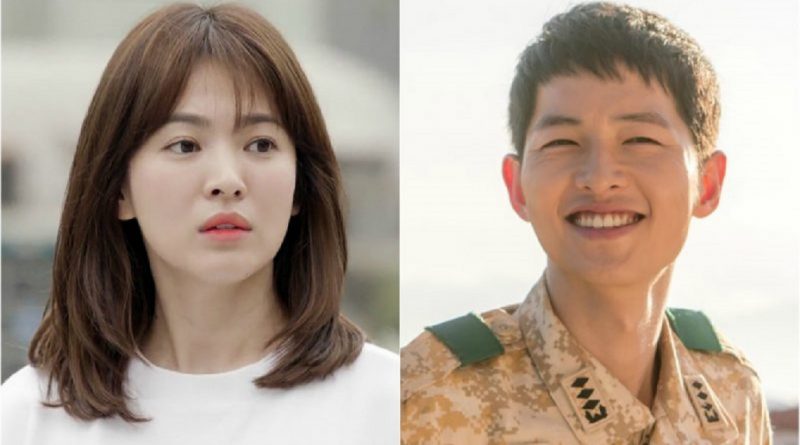 The ‘couple of the century’ is born! How do Song Joong Ki and Song Hye Kyo call each other?

While filming ‘Descendants of the Sun’, they called each other with ‘Joong Ki’ and ‘senior (sunbae)‘.

“However, sometimes they call each other ‘honey’ (jagiya),”

It was revealed that ‘Kyo’ was originally how Song Hye Kyo is called by her family and close friends, that’s why Joong Ki is called ‘Kyo’ after they’re dating.

On July 5th, in his official fan cafe, Song Joong Ki wrote, “I want you to keep supporting me. I will always try to live as a great actor. Please support our relationship.”

Meanwhile, on her own fan cafe, Song Hye Kyo wrote, “I’ve thought about it for a long time, how fate had united us and made me believe to live the rest of my life with him. I feel thankful to find someone who could love me this much, and who could make me believe that he’d make me a happy woman.”

August 11, 2017 Tri Comments Off on ‘Memoir of Murderer’ The Chemistry Between AOA Seol Hyun and Kim Nam Gil Who Have 15 Years Age Gap
DRAMA KCORNER VIDEO