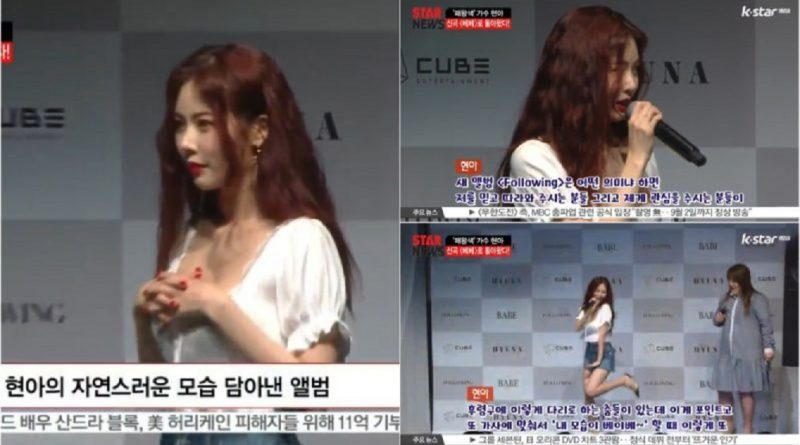 The representative of the sexy queen! Hyuna has returned. Hyuna releases her sixth mini album, ‘Following’. Through this album, Hyuna wants to show the 26 years old Hyuna with a more natural appearance. For fans who continue to follow her, she presents them with a photo book with her simplest looks, even without makeup. Thanks to Hyuna’s distinctive sexiness, she can also show her innocent charm, and make fans look forward to the results.

As many changes on Hyuna’s appearance, in the main song there is also a change. After all this time singing a song in a hip hop genre, it now feels a much stronger song. She said, “I think this album is a bit like what I like, with hip-hop elements, but I want to find a lot of things that can be played naturally without having the most relaxed or stronger image”. Through her new song this time, ‘Babe’, with a tropical pop dance genre, we can meet a slightly stronger figure of Hyuna.

Hyuna gets the public attention with a comeback and receives the first place in real-time word search! Keep supporting Hyuna who will entertain us with her new song, ‘Babe’.

July 18, 2017 Tirta Comments Off on Kim Se Jeong Challenges Herself to Acting in a New Drama, ‘School 2017’
STAR VIDEO