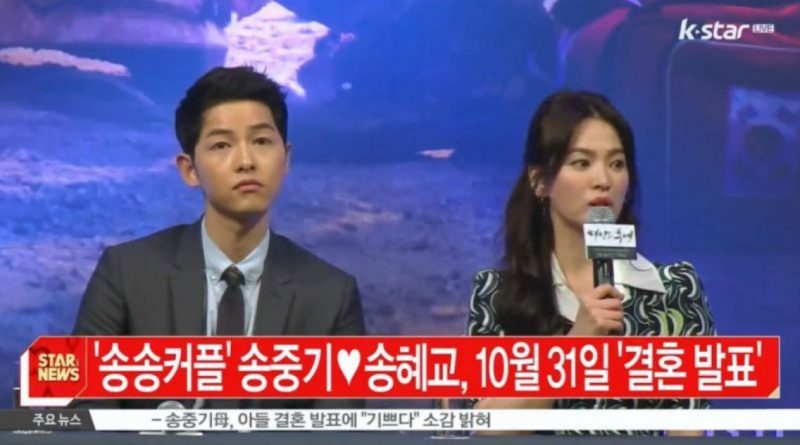 Actor Song Joong Ki and actress Song Hye Kyo recently announced that they are getting married on October 31st.

On 5th of July, Song Joong Ki and Song Hye Kyo’s agencies released a joint statement, saying “The two of them will be a married couple on the last day of October.” The agency also added, “Marriage is not only a personal matter, but also involves the meeting of two families, therefore, we have to be very cautious. We ask for your understanding.”

Song Joong Ki and Song Hye Kyo was paired in the drama ‘Descendant of the Sun’ last year. Their excellent chemistry yielded in a couple nickname, ‘Song-Song Couple’. They’ve been rumored to be dating several times, but the couple have always denied it before finally announcing their decision to get married.