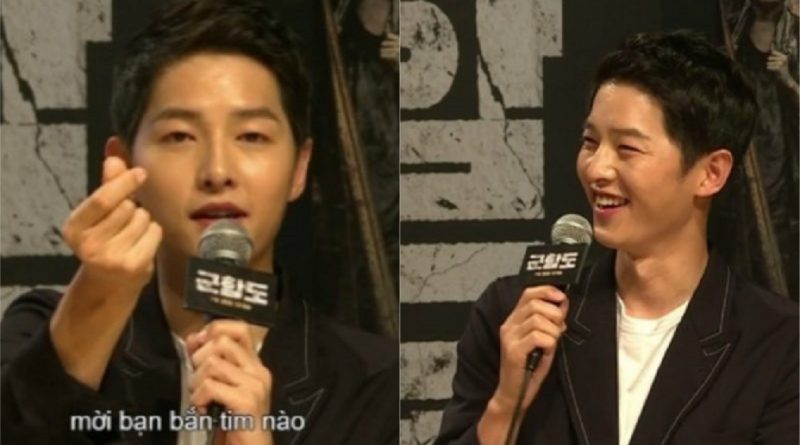 Hallyu Star Song Joong Ki was chosen as the most Charming King (someone more interesting than the others) by the crews of ‘The Battleship Island’.

Park Kyung Rim, the MC of the event, told Song Joong Ki about the ‘award’ given by crews. The actor replied, “I’m happy about it, because it was given by them.”

Then Park Kyung Rim said with a laugh, “You look so nervous. Why do you look so nervous? Did something happen?” The MC indirectly referred to the marriage news that Song Joong Ki and his fiance, Song Hye Kyo, had just made two days before, which made everyone laugh.

Song Joong Ki received a lot of congratulations from fans around the world regarding his marriage announcement with Song Hye Kyo. Park Kyung Rim said, “You get a lot of congratulations from the fans in the world,” That was what made the actor looked nervous. “Did something happen?” asked the MC, but Song Joong Ki only slyly answered, “I don’t know. Did it?”

July 16, 2017 Tri Comments Off on [RANK AND TALK] 4 Festivals You Have To Attend in Korea
BEAUTY Rank&Talk