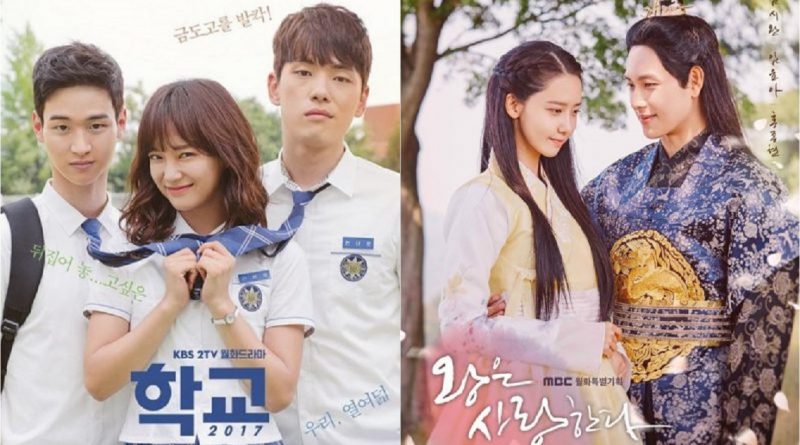 KBS 2TV ‘School 2017’ and MBC ‘The King Loves’ will premiere at the same time tonight. Which one will top Monday-Tuesday drama slot after ‘Fight for My Way’?

‘School 2017’, the seventh installment of the legendary ‘School’ series, is known as the gateway for young stars to develop their acting career. ‘School 2017’ revolves around the school life of 18-years-old students, starring Kim Se Jung, Kim Jung Hyun, and Jang Dong Yoon.

Kim Se Jung will play as Ra Eun Ho, a positive girl who dreams to enter a prestigious university and have a relationship with her first love.

Im Siwan’s last work before entering the military, ‘The King Loves’, is a historical drama that tells about the love triangle between two men and a woman set in the Goryeo era. In this 100% pre-produced drama, Im Siwan plays as Wang Won, the first mixed race Prince, born from the King of Goryeo and a Queen of Yuan Dynasty. Im Yoona will act as Eun San, a ‘Goryeo Girl Crush’, while Hong Jong Hyun plays as Wang Rin, Wang Won’s only friend.