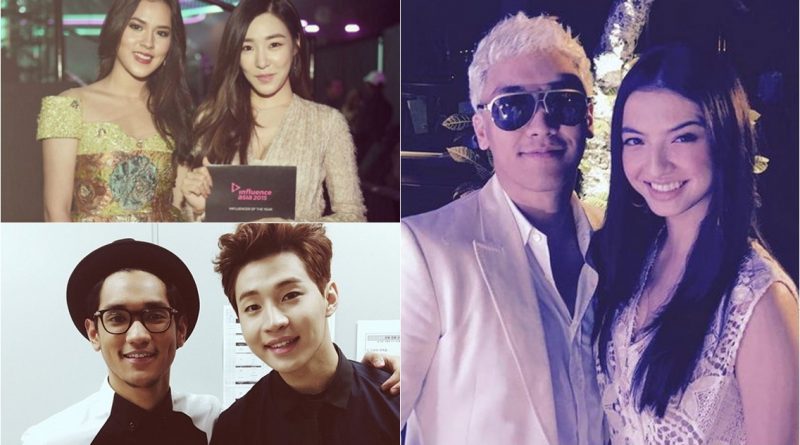 Recently, there are a lot of photos posted on Instagram regarding Indonesian artist taking pictures with Korean artists. Not only taking photos together, some of these artists also mutually following each other on twitter and even Instagram. Who are they? Prepare yourself to be jealous.

Raline with Big Bang close friendship began when she once took pictures with the leader G-DRAGON. At the Big Bang concert in Jakarta in 2016, Raline actually seemed to be familiar with the maknae (youngest member), Seungri. Both went to club together and even took on vacation together in Bali while attending a Japanese conglomerate’s wedding. Seungri and Raline also follow each other on Instagram.

How lucky this one actress is. Citra Kirana once shared her photo with Kim Soo Hyun when meeting at the Tokyo International Drama Festival 2014.

Raisa was attending an event in Singapore, then she met with SNSD’s Tiffany who also gave perfromance on the event. TThe two beautiful singers took a picture together and it became viral on the internet.

Although Henry is a Korean star, he also has an idol  from Indonesia, Afgan. Henry claimed to have Afgan songs on his phones. After a Korean-Indonesian concert, Henry and Afgan took a picture together.