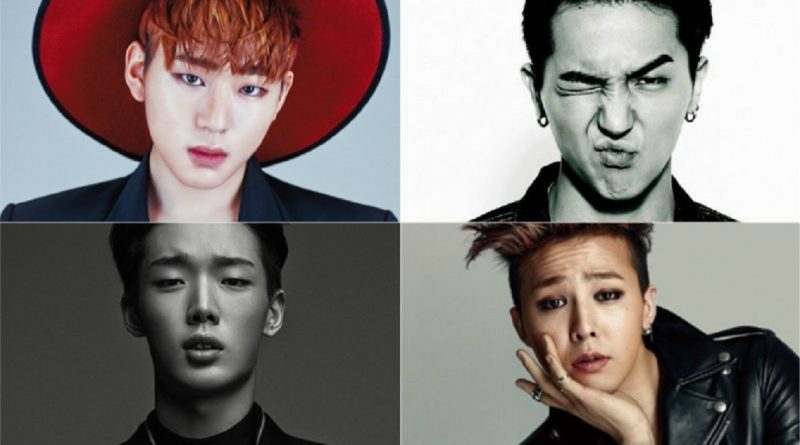 South Korea is famous for its Boyband and Girlband. In a group, there must be one or more people who become a rapper. But only a few rapper who have rap skills above average and recognized by the hip-hop community in Korea. The hip-hop music genre is on a rolling trend in Korea these days, making this music genre one of the genres that are mandatory for the young South Koreans. Here are 4 Korean idols who have the ability to rap above average.

Zico is a member of Block B. Zico is not only a rapper in his group, but Zico also works as a solo rapper. Zico has released many rap songs that became hits not only in Korea, but also outside of Korea. The solo songs sung by Zico include ‘I Am You, You Are Me’, ‘She’s a Baby’, and a collaboration song with Dean and Crush titled ‘Bermuda Triangle’. His rap skills have been acknowledged by the appointment of Zico as the show producer of Show Me The Money 4 and 6.

The rap skill of BigBang’s leader is cannot be doubted. G-Dragon has created many rap songs of his own that became hits inside and outside Korea. G-Dragon hits songs such as ‘Who You’, ‘Crooked’, ‘THAT XX’, and others. In addition, G-Dragon is also known as a reliable music producer and has a financial income no.1 among other idol producers.

Bobby’s rap ability has been tested when he became the champion of Show Me The Money 3. Bobby became the winner of Show Me The Money 3. Thanks to his performance in the event, Bobby has been recognized to be one of the idol rappers with the ability to rap above the average. Recently Bobby collaborated with his agency friend, Mino, with the song ‘MOBB’.

Mino Winner showed his Rap ability by appearing in Show Me The Money 4. There were a lot of controversies that sprung up with Mino presence in the event. Many people thought Mino will win like a friend of his agency Bobby because he comes from YG Entertainment. However, Mino managed to show his best rap skills with one of his songs that became hits ‘Fear’. Although he did not manage to win the event, Mino managed to show that a rapper idol cannot be underestimated.