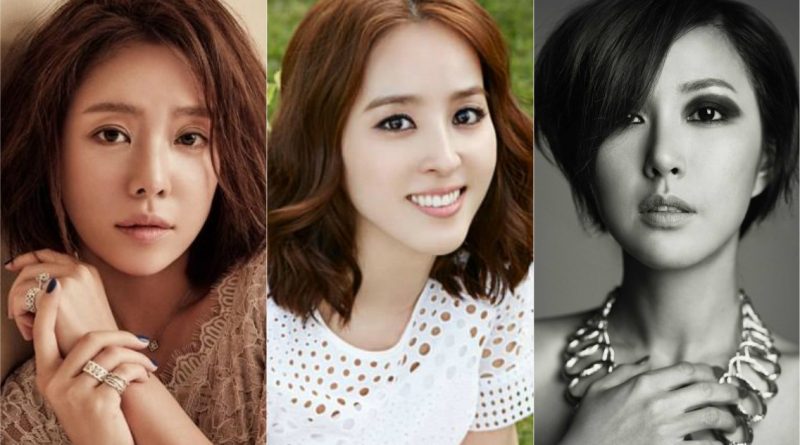 Actress Han Hye Jin and soccer player Ki Sung Yueng announced their relationship in March 2013. The couple then decided to get married in July of the same year at the Intercontinental Hotel Seoul. They are a very well known couple in Korea. If Han Hye Jin is known through a series of top dramas, then her husband Ki Sung Yueng is a top footballer who takes part in the English Premier League and serves as captain of the South Korean national team. His football career is also remarkable as he just equaled the record number of Korean football legend Park Ji Sung. Hye Jin announced in February 2015 that she was currently pregnant with her first child. According to Jumong’s acting agency, they currently live in Korea.

Shoo is a former member of S.E.S, the popular SM Entertainment girlgroup in the 90’s. Meanwhile, Im Hyo Sung is a professional basketball athlete. Both got married in April 2010. In Roommate 2, Hyo Sung revealed that he admires Shoo and begins to approach her through her best friend. Im Hyo Sung said that if his favorite celebrity is Shoo and put her picture in the dressing room as an encouragement, he even said he will marry her someday. Shoo had refused Im Hyo Sung but the husband never give up on her. Now both are blessed with a son and two cute twin daughters.

March 11, 2017 Tirta Comments Off on Sulli and Choiza End their Relationship after 2 Years and 7 Months