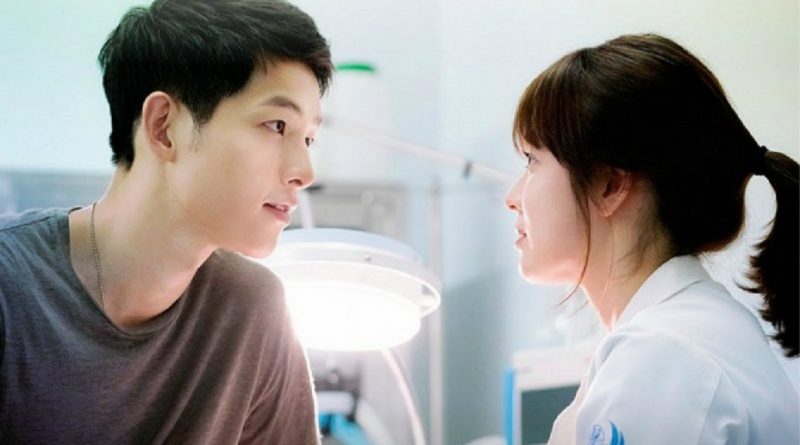 Secret Garden is an SBS drama that was aired in 2010. The drama tells the story of Gil Ra Im (Ha Ji-won), a humble substitute actress whose beauty is envied by top actresses, and Kim Joo Won (Hyun Bin), an arrogant and eccentric rich CEO who adores his own perfection. Their encounter happened by chance when Joo Won wrongly suspected Ra Im as actress Park Chae Rin. Joo Won tried to hide his growing interest in Ra Im, which was confusing and disturbing to him because he was always haunted by Ra Im in his mind. The problem became more complicated when the two of them inadvertently swap bodies.

2. Descendants of the Sun

Kim Eun Sook’s 2016 drama received tremendous success not only in South Korea but also internationally. Starred by Song Joong Ki, Song Hye Kyo, Kim Ji Won, and Jin Goo, this drama tells of the love story between Captain Yoo Si Jin (Song Joong Ki) and Kang Mo Yeon (Song Hye Kyo), who met on an accidental encounter at a hospital. Yoo Shi Jin is a special force army, while Kang Mo Yeon is an ordinary doctor. After their third meeting, the two decided not to meet again because they did not feel like they could be a couple. But fate decided otherwise. Yoo Si Jin and Kang Mo Yeon met again in a place and time that they had never imagined.

Aired from late 2016 to early 2017, this drama is one of the works of script writer Kim Eun Sook that is considered phenomenal. In addition to starring famous actors such as Gong Yoo, Kim Go Eun, Lee Dong Wook, and Yoo In Na, this romance-fantasy drama has a very interesting story. The drama is about Kim Shin (Gong Yoo), a Goblin who is looking for a bride so he can die and get away from the world. Ji Eun Tak (Kim Go Eun) is a high school student who lives miserably with her aunt and her cousin. One day, she suddenly summons Kim Shin unknowingly. Since then, she has feelings towards Kim Shin without knowing who Kim Shin actually is.