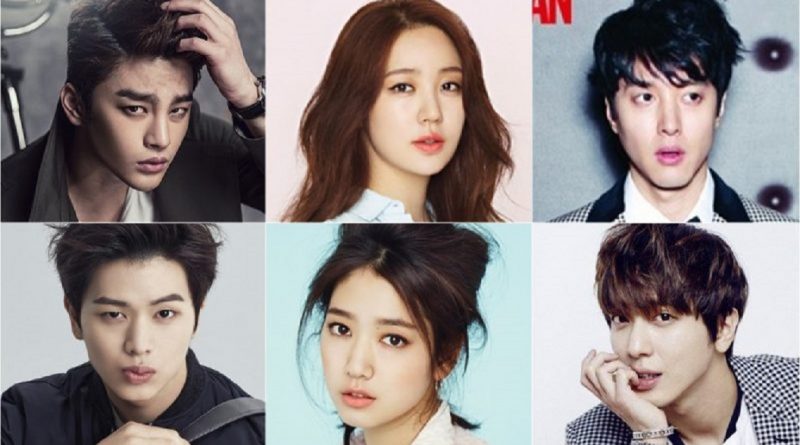 If we look at similar faces, we often think of them as biological siblings. However, many Korean artists do not have any blood relations despite having similar facial features. Who are they?

Seo In Guk and Yook Sung Jae look similar. Both of them started as idols before trying acting. Yook Sung Jae and Seo In Guk look like brothers, though they have no blood ties whatsoever.

K-Will and Big Bang members Dae Sung were once featured in one variety show together. Both equally recognized their similarity. Dae Sung even feels like looking in the mirror when he sees K-Will.

Coming from the same agency, Yoona and Krystal are said to have similar faces. Krystal is the sister of Jessica, an ex-member of SNSD.

Both Big Bang and Winner are under the auspices of YG Entertainment. Both have similar faces with different charms. GD and Mino are both assigned as rappers in their respective groups. With the pose as above, it’s hard to tell which one is GD and which one is Mino.

Onew acted with Song Joong Ki in ‘Descendants of the Sun’. After that, many fans agree that they look similar.

Kim Min Jae was once a guest star on the ‘Radio Star’ show and he told a funny experience when host Kang Ho Dong called him ‘Yeo Jin Goo’. It’s natural because Kim Min Jae is similar to Yeo Jin Goo. Not only the face, both actors have a heavy voice. In addition, Kim Min Jae and Yeo Jin Goo often have the same hairstyle.

Similarities can also happen to the opposite sex. Similarities of Kim Dong Jun ZE: A and Han Ga In are considered unique. Due to the sex differences, many fans are surprised by their resemblance.

Actresses Yoon Eun Hye and Park Shin Hye are both beautiful. The two of them are excellent actresses, and both have played as men before.

One is an actor while the other one is a singer from CN Blue. Lee Dong Gun and Jung Yong Hwa look very much alike.

With the same hairstyle, Jung Il Woo and Yoon Si Yoon’s faces are very similar. Their eyes make their similarity even clearer.