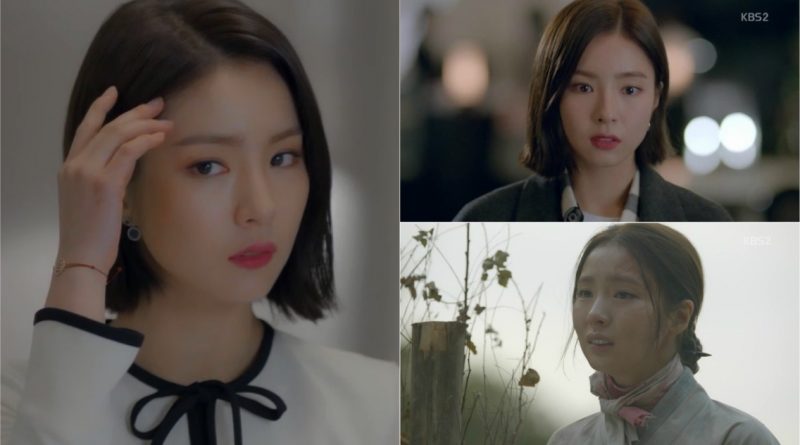 From the present to the transformation in life in the past, Shin Se Kyung plays 3 characters at once. ‘Black Knight’ viewers were overwhelmed by an unexpected reversal.

In the episode of KBS 2TV’s Wednesday-Thursday drama ‘Black Knight’ on December 21st, Shin Se Kyung plays 3 characters at once as Jung Hae Ra, Jung Hae Ra in the past, and Sharon (Seo Ji Hye) .

In this episode, the life story of Soo Ho (Kim Rae Won), Hae Ra, Sharon, and Baek Hee (Jang Mi Hee) are revealed. Bun Ni (Shin Se Kyung) who loses his voice due to Seo Rin (Seo Ji Hye), meets with someone famous Myung Soo (Kim Rae Won) and confirms their love. Seo Rin who was jealous to see both burned them inside the house.

The dying woman approached Seo Rin and said, “Be the devil that will go to hell forever,” she cursed. As a result, Seo Rin still lives life because she could not die even if she wants to die. In the meantime, she learned that Baek Hee has changed her identity as a Bun Ni. Sharon and Hae Ra to this day still continue to fight for a man named Soo Ho.

Sharon became a famous character. Sharon shows her eternal body and her ability to transform into Hae Ra. Sharon turns into a cold and cynical Hae Ra, in stark contrast to Hae Ra’s warm and cheerful figure impressed the audience.

The development of drama is not expected by anyone. ‘Black Knight’ gives dramatic pleasure to the fullest by utilizing the fantasy drama genre as much as possible. Now the story of life in the past is coming to an end, and the triangular love relationship in the present is proclaimed to be thrilling. Sharon has turned into Hae Ra that adds to the viewer’s expectation of the continuation of the story.