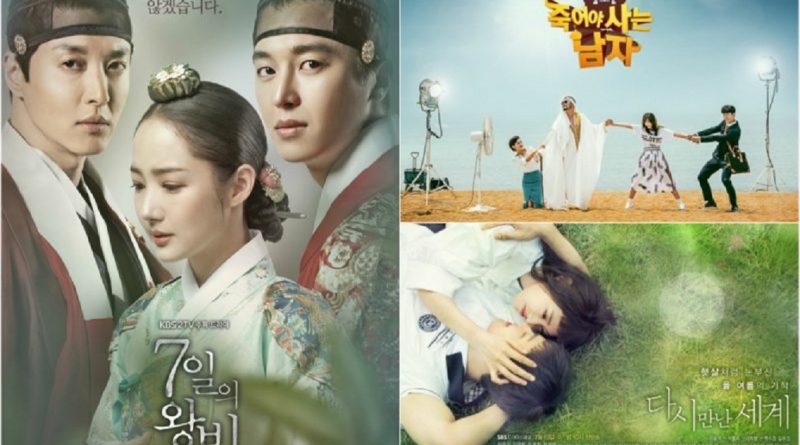 MBC drama ‘A Man Who Dies To Live’, SBS drama ‘Reunited Worlds’, and KBS 2TV ‘Seven Day Queen’ are competing with a difference of only 1% rating.

On the 28th according to Nielsen Korea’s ratings agency, ‘A Man Who Dies To Live’ which aired on the 27th, earned a rating of 8.0% and 9.2% nationwide.

‘A Man Who Dies To Live’ still dominates in the Wednesday and Thursday drama slot.

But there was a sign of change in the drama ratings as seen from the ‘Reunited Worlds’ rating that slowly rise at the same time.

The latest episodes of ‘Reunited Worlds’ earned 7.2% and 8.0% rating that is slightly higher than the previous rating.

‘Seven Day Queen’ which will end soon, also raised 1% from the average rating of 7.7%.

It’s time to see how the drama rating will continue to vary depending on the attitude of the viewers.