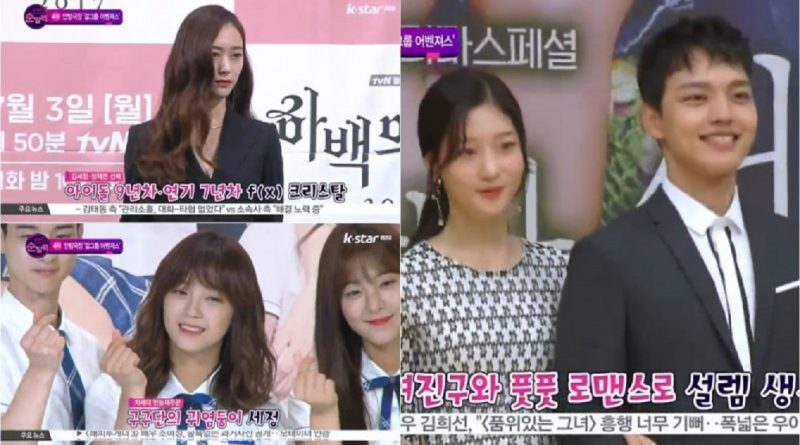 A member of Gugudan is currently starring in a ‘School 2017’, the latest installment of the famous ‘School’ series, as its main actress. DIA’s Jung Chae Yeon has also shown her charm in ‘Reunited World’ as young Lee Yeon Hee. We can also see SNSD’s Yoona and f(x)’s Krystal on the glass screen.

The presence of girl groups in dramas turned out to be better than what people expected. Many of the girl group members seem to stand out in the drama. Kim Se Jung is one of the girl group members who get more attention. Kim Se Jung’s debut acting in ‘School 2017’ is highly anticipated viewers. Along with Kim Se Jung, there is Jung Chae Yeon of DIA, who previously also debuted with Se Jung in I.O.I. She’s also starring in a drama right now. In ‘Reunited Worlds’, Jung Chae Yeon plays as young Lee Yeon Hee, presenting a high school romance with Yeo Jin Goo which gives excitement on the screen.

In addition to Kim Se Jung and Jung Chae Yeon, Krystal f(x) has already become an actress since a few years ago. She’s is currently appearing on screen as a Water Goddess in ‘Bride of Water God’. Her strong presence is undeniable. The girl group members have attracted public’s attention not only as shining idols but also promising actresses!
We’ll support their activities and development