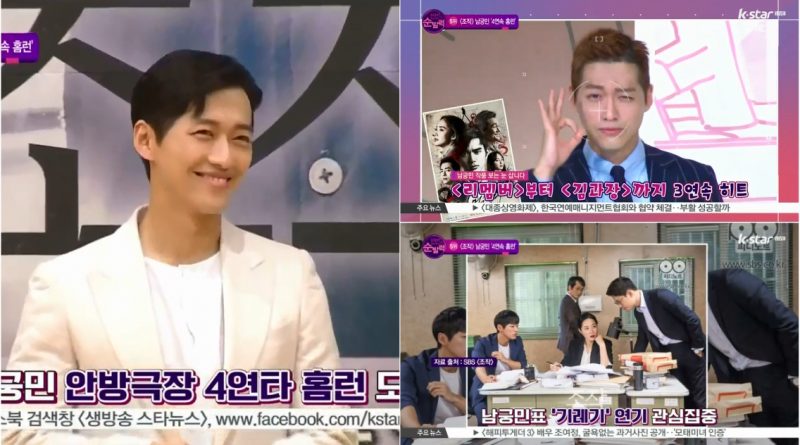 Nam Goong Min’s new appearance as a reporter has attracted the public. “My character is a ‘Giregi’, who only works because he wants money, but in the end, my character becomes a reporter for the sake of justice,” said the actor about his character.

Nam Goong Min said that he expected a good reaction from the audience. “Whenever I talk about viewership ratings, I want to get 10% more than the ratings I get, so if the rating reaches more than 37%, I would be very happy.”

With Nam Goong Min’s confidence, Falsify earned the first place in Monday-Tuesday drama slot with only 1 episode! We hope this drama will continue its success.

September 13, 2017 Ria Comments Off on Kim Tae Hee Is Expected To Give Birth On October
DRAMA VIDEO