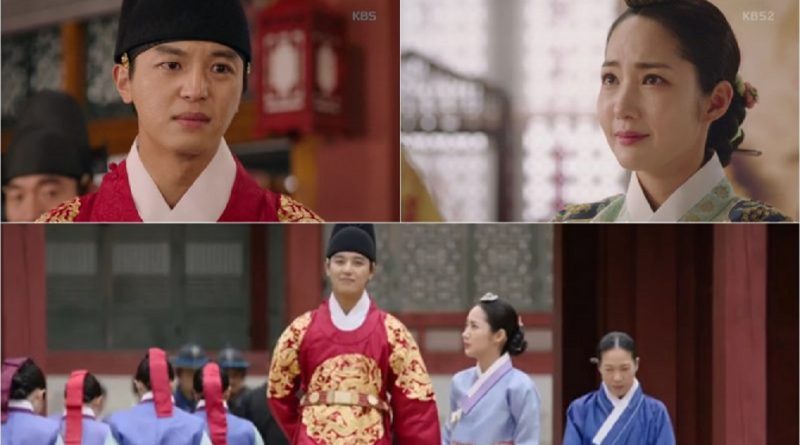 Even though Yeon Woo Jin had finally become King, his relationship with Park Min Young was already ruined because of a big misunderstanding. The 19th episode of ‘Seven Days Queen’ showed how Shin Chae Kyung (Park Min Young) was trapped by the wicked minister Park Won Jong.

That day, Lee Yeok tried to appoint Chae Kyung as the Queen, but palace officials, including Park Won Jong, opposed Lee Yeok’s wish as Chae Kyung is the daughter of Shin Su Geun, the Second State Councilor who had stayed loyal to Yeonsangun (Lee Yoong) even until he took his last breath. To Myunghye, Park Won Jong said, “If Shin Chae Kyung becomes Queen, our family will be in danger.”

In exile, Lee Yoong eventually knew about Shin Su Geun and his wife’s death. He got worried about Chae Kyung. Out of the blue, some men appeared to kill Lee Yoong in his exile. He managed to escape, covered himself, and went to Shin Su Geun’s house to look save Chae Kyung.

Park Won Jong brought Chae Kyung in front of Lee Yeok and other ministers to confess her wrongdoings. Realizing that Park Won Jong would not stop until she’s deposed as a Queen, and that there was nothing she could do to save her relationship with Yeok, Chae Kyung hastily admitted that she helped the old King to escape. “I helped him to escape. Do you think I would let the fact that you and your people killed my parents that easily? We’ve never said that we would serve you as a King. My family and I, we only served one King, that was Yeonsangun.”