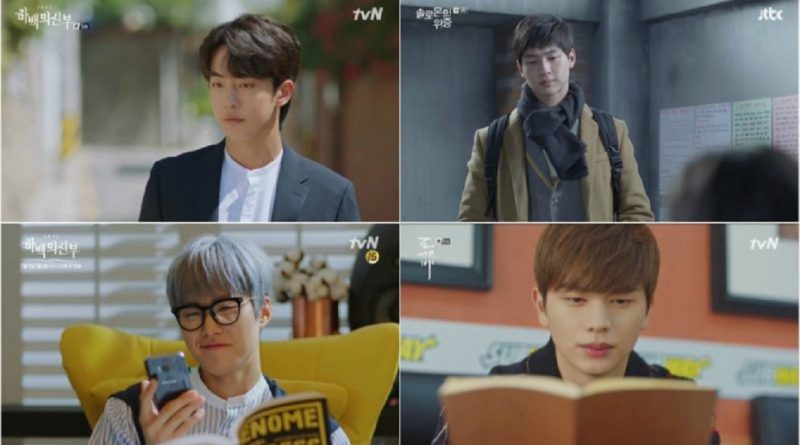 1. Nam Joo Hyuk ‘The Bride of the Water God’

Nam Joo Hyuk is an actor who’s born on 1994 and loved by the female audience. His popularity has skyrocketed since his role as a swimming athlete, Jung Joon Hyung in ‘The Weightlifting Fairy Kim Bok Joo’ succeeded. In addition to having a handsome face and a tall body, apparently, Nam Joo Hyuk also has a good acting quality. He started his career as a model in 2013 with his girlfriend Lee Sung Kyung. Currently, Nam Joo Hyun is finishing filming the drama ‘The Bride of the Water God’ as a water god.

Yook Sung Jae is an actor idol born in 1995. Yook Sung Jae first debuted as a BTOB member. He has played in several dramas such as ‘Reply 1994’, ‘School 2015’ and the latest one is ‘Goblin’. In addition to having a melodious voice, Yook Sung Jae also has a good acting quality. His appearance as a niece of Kim Shin (Gong Yoo), Yeo Dok Hwa has attracted a lot of attention. That’s why he is predicted to be a future Hallyu top star.

3. Gong Myung ‘The Bride of the Water God’

Since being selected as the ‘The Bride of the Water God’ cast, Gong Myung has become a topic of netizen talk. The 1994-born actor performed a slightly different role than ever before and he succeeds to show the figure of a slightly ignorant god of air and creating a dilemma or conflict for the people around him. Many argue that Gong Myung’s acting is already in the same class as the main players. Armed with a handsome look and acting skills, Gong Myung is expected to become the next big Hallyu star.

Many netizens said that Jang Dong Yoon is also one of the candidates of the future Hallyu top stars. His latest appearance at ‘School 2017’ is considered more interesting than the main character. He is considered to have a handsome face as well as an exceptional acting skill.

Which of these four actors would be worthy of bearing the title as the top Hallyu star in the future?

August 15, 2017 Tri Comments Off on Actor Lee Soo Hyuk Joins Military Service On August 10th and Will Return In A Good Condition