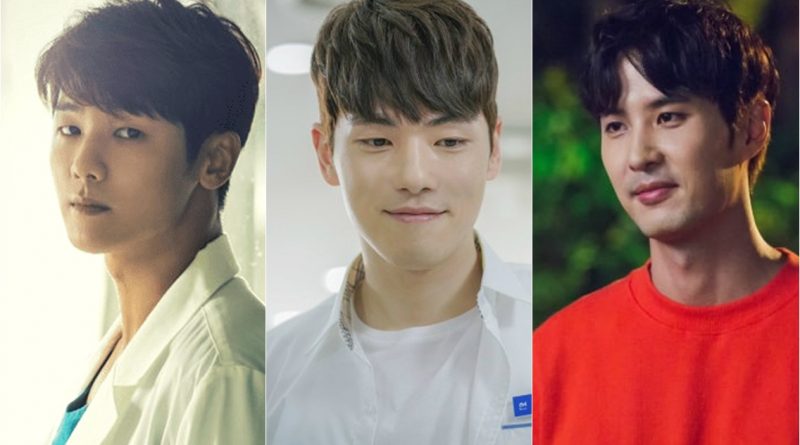 Being the second leading character in Korean dramas is not easy. They try to remain ‘stand out’ even though they do not play the character who leads the drama. To finally be able to get the offer of the main character, there is a long wait but also a rapid development. This year, five actors who usually only serve as second leads got a chance to be the main character for the first time and shine in their own dramas. Who are they? Check out the reviews below

Indeed, Kang Min Hyuk does not rely his career in the entertainment world only through acting. He is also known as one of the members of famous Korean band CNBlue. Actually, Kang Min Hyuk has started his acting debut in 2010. He got a role in the drama ‘It’s Okay, Daddy Girl’ and continues to be popular after a role in teen drama ‘The Heirs’. 3 years later, Kang Min Hyuk returned to television screen through SBS ‘Entertainer’ drama in 2016. This year, Kang Min Hyuk stars in MBC ‘Hospital Ship’ with Ha Ji Won and makes his debut as the lead actor.

Filmography Go Kyung Pyo is filled with his roles as a supporting cast in both movies and dramas. He is one of the actors who fought long enough to finally get the lead role. His cting experience is also quite a lot. Previously, Go Kyung Pyo played in the drama ‘Flower Boy Next Door’. His name and face came to prominence when he portrayed the character of Sun Woo in the drama ‘Reply 1988’ in 2015. Then his charm became more prominent when starring as a handsome and good-hearted chaebol in ‘Jealousy Incarnate’ with Jo Jung Suk and Gong Hye Jin, and ‘Chicago Typewriter’ with Yoo Ah In and Im Soo Jung. After his debut 7 years ago, finally in 2017 he got an offer as the main character for the first time in ‘Strongest Delivery Man’ and co-acted with Chae Soo Bin.

Kim Jung Hyun gained popularity through his role in the drama ‘Jealousy Incarnate’ in 2016 as the younger brother of Gong Hyo Jin. Then he got a role in ‘Rebel’ as the enemy of Yoon Kyun Sang. As he continues to stand out as a supporting cast, in 2017, Kim Jung Hyun got the chance to become a teen idolized prince in the ‘School 2017’ drama. Through the drama, Kim Jung Hyun managed to steal spotlight and his name became known.

Yoon Kyun Sang drew attention to his character as a supporting cast. For example, his played a supporting role in Pinocchio, Six Flying Dragons, and Doctors. Finally, Yoon Kyun Sang starred in the drama ‘Rebel’ as the lead role for the first time. He acted as Hong Gil Dong. Yoon Kyun Sang also became a regular member in a variety show ‘Three Meals A Day’. He will soon play in ‘Doubtful Victory’ where he will become the main role and co-act with Jung Hye Sung.

Lastly there is Kim Ji Suk. His face is no stranger to the Korean television world. Just like Go Kyung Pyo, Kim Ji Suk’s filmography is also adorned with supporting roles. Although he has played many roles in the drama, there is not a single drama that really makes him the center of the story. Even he often got evil and annoying characters. Kim Ji Suk has participated in dramas ‘Personal Taste’, ‘Need Romance’, ‘Cheongdam-dong Alice’, ‘Wonderful Mama’, ‘Angel Eyes’, ‘Another Oh Hae Young’, and became the antagonist in ‘Rebel’. He debuted in the entertainment world in 2003 and gets the first leading role in ’20th Century Boys and Girls’ in 2017.

August 22, 2017 Tri Comments Off on Although Filled With Famous Stars, ‘VIP’ Has No ‘Bromance’
STAR VIDEO

August 11, 2017 Gita Comments Off on Seven O’Clock and Kim Seulgi Donated With Their Talents, How’s Their Chemistry?