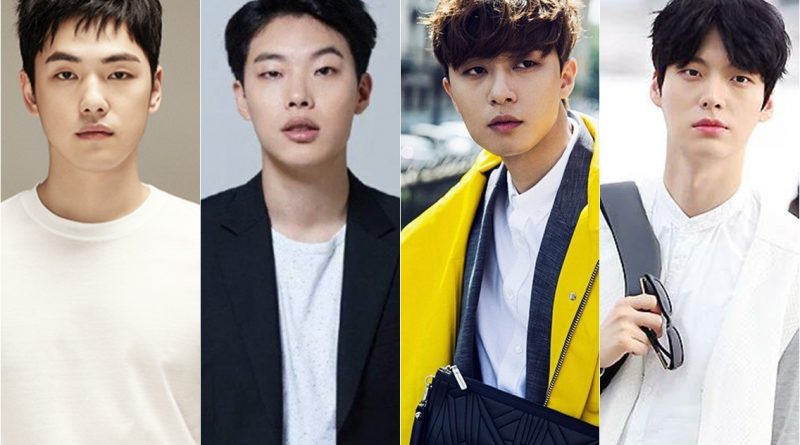 For entertainers especially men, entering the military is likely to make them worry. They cannot ignore the absence on the screen and the big screen for 2 years, and the fear to be forgotten by the community during the service. That is why the actors who appeared in the entertainment industry were relieved after undergoing military service and his career soared. These actors return from the military and have a change in their image. Having no obstacles in the future, they have a greater chance to shine. Here is a row of actors who can focus on building a career without having to worry about anything because they have performed military service.

The actor debuted in 2015 through the indie film ‘Overman’ and gained popularity after starring in KBS ‘School 2017’ drama that aired last summer. Before his slightly late debut, Kim Jung Hyun has completed his military service as an assistant in Kangwon-do’s 3rd division when he was 21 years old. Through an interview, Kim Jung Hyun delivered, “I think I’ve done well in my youth. Instead of fear I feel more excited.”

As a child, being an actor is not his goal. Ryu Jun Yeol spent time like any other normal person on campus, working as a public service employee in the Youngtong-gu’s family welfare department, Suwon. In the tvN ‘Reply 1988’ drama he showed the perfect air force figure and through an interview last year, Ryu Jun Yeol expressed “Despite the disappointment of going to the Air Force Academy, I am still happy.” He added, “Thanks to the people in the mariner and fellow officers who act well.”

Actor Park Seo Joon joined the military at the age of 21 years as a guard around the prison and completed in 2010. After completing military service, 4 years later he appeared in the tvN ‘Witch’s Romance’ drama in 2014 and reap a lot of praise. That’s when he began to be loved by viewers. In a program, Park Seo Joon revealed “I feel anxious about myself and decided to go to the military with the thought of ‘Be Aware'” but apparently that decision has helped him.

Ahn Jae Hyun debuted as a model and was a member of military liberation when he was in high school. Nevertheless, he volunteered for public service in his early 20s and completed his military service. In an interview, Ahn Jae Hyun revealed “The advantage of following the military early is that we do not have to think or worry about anything” he said positively.