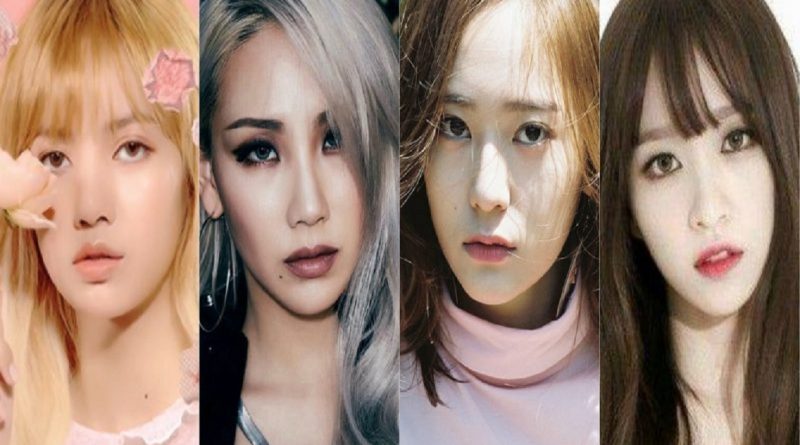 ‘Girl Crush’ is a trending term in South Korea. The term is used for female figures who are favored by other women and have many female fans. This could be because of the aura of the ‘girl crush’ that looks cool, elegant and very interesting. Many female fans are hoping to become them or have them as big sisters. Here are 4 popular Korean idols as ‘girl crush’:

The leader of 2NE1, CL is well known as a strongly charismatic idol. No wonder female fans are crushing on her. She is good at rap, dancing, singing, writing songs, and also very fashionable. CL also has a Bigsis-like aura that can protect the younger women and is dependable. Her solo songs ‘bad female’ and ‘hello b ** tches’ are well-liked by female fans.

Krystal, the youngest member of f(x), has a unique aura that makes her seem cold and elegant. She also has a proportionate body plus abs in her stomach that make the fans amazed and jealous of her. Krystal is also capable of giving a cute and adorable impression through her acting in the drama ‘The Heirs’. Lately, she is busy playing as a goddess in ‘The Bride of Water God’ drama.

EXID Hani is often called oppa by female fans. This is because she has a cheerful and outgoing personality. Hani did not hesitate to show herself and do hilarious things, such as laughing excitedly, showing ‘ugly’ and funny looks, and doing other goofy things. But when on the stage, Hani always succeeded in showing her sexy and charismatic aura.

Blackpink Lisa has been having many female fans since her debut. Her strong and unique visual make the fans fall for her. Lisa is also a talented member. Fans often shout every time she does her rap ‘Boombayah’. She also has a prominent dance ability. Plus, Lisa always looks cool with any hair color.