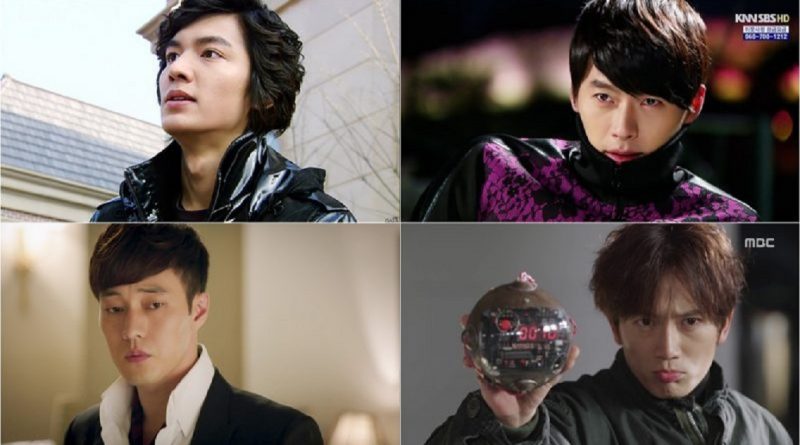 Not only handsome but also rich! Who does not want to be loved by the handsome CEO that often happens in this drama? These actors once played the characters as chaebol or conglomerate. Their richness shown in the drama really makes us shake our heads. Moreover, their sexy and handsome look will easily make women fall in love with them. Here is the list of the sexiest chaebol by Cast Ko.

Gu Jun Pyo (Lee Min Ho) is the leader of F4 as well as the most wealthy and influential member in the drama ‘Boys Over Flower’. As the sole beneficiary of Shinwa Group, one of the strongest companies in South Korea, Gu Jun Pyo has a character that is arrogant, stubborn and careless towards others. However, after he meets Geum Jan Di (Goo Hye Sun) he becomes a bit softer. Gu Jun Pyo fell in love with Geum Jan Di. For love’s sake, Gu Jun Pyo is willing to do anything including to waste his money. Various surprises he gave to make Geum Jan Di impressed, including when he took a vacation to New Caledonia, California. At that time, Gu Jun Pyo took Jan Di on a helicopter and showed the heart-shaped island as a sign that he liked her.

Kim Joo Won (Hyun Bin) is a cocky, eccentric, and narcissistic CEO. He admired himself and considered himself as someone who’s perfect. Kim Joo Won’s annoying attitude actually becomes the attraction. Strangely, this arrogant and dismissive personality actually makes Kim Joo Won look funny. The clothes and vehicles he used always attracted attention and became hits in those days. Even the house that he occupied is really big. Like a vast land consisting of family settlements. The walk from the gate to his house was a tiring one. Apparently, an ordinary woman named Gil Ra Im (Ha Ji Won) was able to conquer Kim Joo Won’s heart. He does not believe that a handsome man and his class can fall in love with a poor woman.

So Ji Sub can transform his character well. In this 17-episode drama, So Ji Sub plays as Joo Joong Won, a typical arrogant chaebol man in Korean drama. Joo Joong Won’s thoughts are only filled by money, money, and money. Joo Joong Won has a large and luxurious department store. Actually, he was disturbed by the presence of his employee, Tae Gong Shil (Gong Hyo Jin). But he needs the power of Tae Gong Shil who can see the ghost to strengthen his wealth and reveal the story with his first love in the past. Joo Joong Won has a short sentence that became his trademark. When he says ‘kojyo’ which means ‘get out of my face’ while moving his hand as though to drive people away, it becomes his attraction.

We should be grateful for Ji Sung’s acting ability that can play more than one character in a drama. Cha Do Hyun (Ji Sung) is a wealthy businessman, kind and helpful. But he has 6 different personalities. The names, stories, professions, and backgrounds are all different. Doctor Oh Ri Jin (Hwang Jung Eum) tries to heal and regain control over Cha Do Hyun’s life. Problems start to get serious when Cha Do Hyun and one of his evil personalities named Shin Se Gi like Oh Ri Jin. We will be confused with the actual Cha Do Hyun character. He is a good figure but many characters are apparently quite unexpected and very interesting. The character is full of twists and it is a charm for his character.

Each character written above has a different charm and uniqueness. The characters look perfect thanks to the acting skills of the actors. Who is your favorite chaebol?

July 13, 2017 Tirta Comments Off on Where Will Song-Song Couple Live after They Get Married?
STAR VIDEO