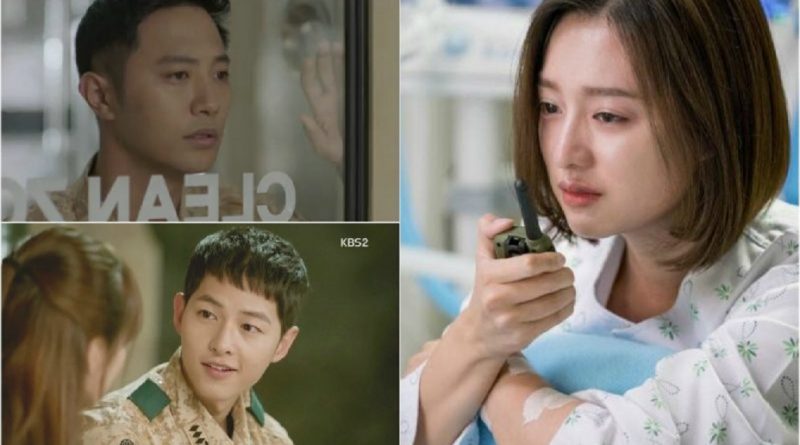 After she was diagnosed with a deadly virus, Yoon Myeong Joo (Kim Ji Won) needed to be quarantined. Her face looked so pale.

Because Seo Dae Young (Jin Goo) hugged her before, he needed to be isolated because there was a chance for him to get the virus from her.

The two got worried over each other and they continued to communicate through walkie talkie.

Meanwhile, Yoo Shi Jin (Song Joong Ki) and Kang Mo Yeon (Song Hye Kyo) showed a sweet scene that made the audience felt jealous. The two were seen sitting together while teasing each other and enjoying the night scenery.

After that, Myeong Joo felt her condition got worse and called her father. She asked whether he knew about her sickness and he replied that he did know about it, however, he couldn’t do anything.

Her condition got worse. Her temperature went up. Mo Yeon then ordered the nurse to fill the bathtub with ice cubes. They needed to decrease her temperature for her to survive.

Dae Young could only see her from outside. He looked sad seeing her condition.