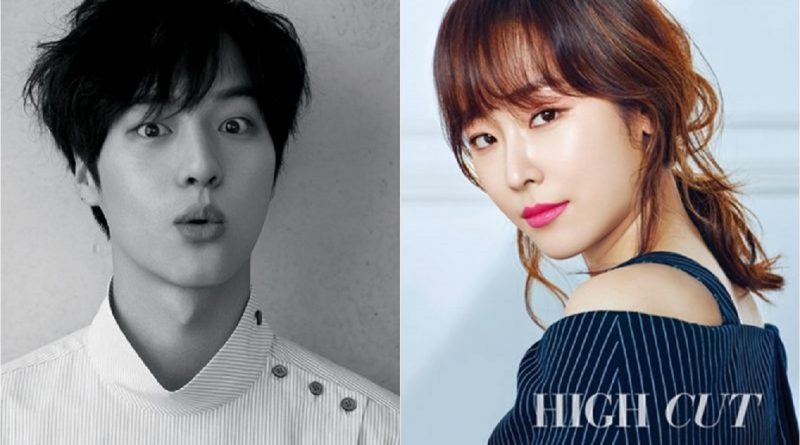 The new Monday-Tuesday drama from SBS ‘Temperature of Love’ will tell the story of Hyun Soo (Seo Hyun Jin) who is looking for love through a meeting and farewell with a man named Jung Sun (Yang Se Jong). After the reunion, her love story begins to find ‘optimal’. What exciting story will Lee Hyun Soo show in a TV company as a drama writer with Ohn Jung Sun who became a chef in a French restaurant?

Ji Il Joo is different from the drama PD that can be relied upon, in fact, he showed minus behavior and dreamed of working with the top star actors. Song Young Kyu plays the role of PD Min Yi Bok. It is on the number 1 blacklist list and no writer wants to work together. Therefore he used to work with new authors and can behave arbitrarily, but since meeting Hyun Soo, he is dependent on newcomers. Park Eun Sung’s character who was the best writer was played by Hwang Suk Jung. Hyun Soo who was once an assistant writer is a loyal figure.

The passionate team members who are under the rule of leaders who are not ruling yet more like wise and respected. Shim Hee Sub plays the chef sauce named Choi Won Joon. Growing up in a doctor’s house and of course being a doctor, but he pursues his dream to become a chef with Jung Sun. Cha In Ho plays the role of Kim Ha Sun, CIA America. Graduated from a prestigious university in culinary, but he loves Jung Sun and cooks at Good Soup. Kang Min Ho, who started cooking after tasting an unhappy family life played by Hip-hop star P. Block B. He worked in the hotel kitchen and joined the Good Soup as the youngest member.

April 2, 2017 Tirta Comments Off on Ok Taec Yeon and Kim Yun Jin in ‘House of the Disappeared’ Press Conference