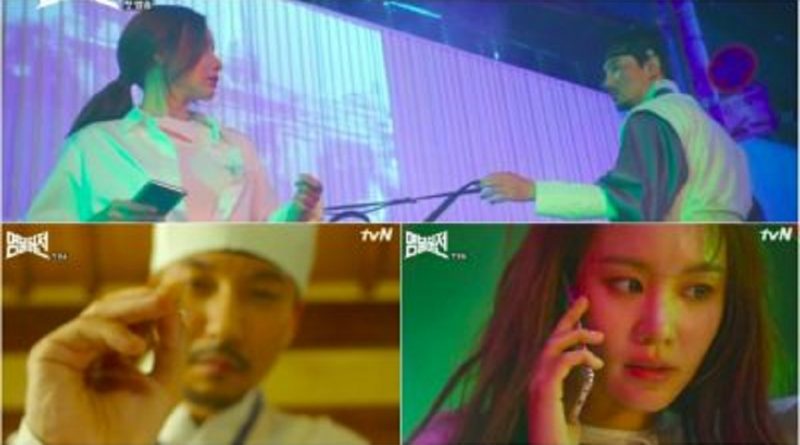 Since its first airing on August 12th, Saturday-Sunday drama tvN ‘Live Up to Your Name, Dr. Heo ‘ has shown an interesting story and captured the attention of the audience.

In the first episode it is depicted that Heo Im (Kim Nam Gil) and Choi Yeon Gyung (Kim Ah Joong) appear as master and doctor in both Joseon and Seoul. Heo Im living as a master in Hye Min Seo’s clinic, received respects for his best acupuncture skills, but after a period of time, after completing his work at Hye Min Seo, he became a call doctor for the nobles, raised his money and lived with 2 lives. Choi Yeon Gyung also featured a different daytime nightlife. With outstanding surgical ability, in which even her seniors have given up, Choi Yeon Gyung, had a different charm 180 degrees and became a dancer at the club at night.

At the crossroads of Joseon and Seoul, Heo Im and Choi Yeon Gyung finally met at the end of the broadcast. Despite his talents, Heo Im, who cannot escape from the end of his life, got a chance to improve the reputation of his ancestors, but he could not improve the situation in front of his life. Heo Im returned to Seoul without knowing the time he was hit by soldiers and hit by arrows. Heo Im, who was stranded in the unfamiliar Seoul ground, met Choi Yeon Gyung in front of the club. This evoked the curiosity of the viewers.

From its first episode, ‘Live Up to Your Name, Dr. Heo’ managed to catch attention with interesting synergies along with charming characters. Kim Nam Gil’s return on screen in four years and actress Kim Ah Joong’s irreplaceable acting, lead the crowd in full force.

Meanwhile, Heo Im arrived in Seoul back in time from 400 years ago, and Heo Im and Choi Yeon Gyung’s meeting began the story of the medical drama during Joseon dynasty which is expected to unfold.

March 28, 2017 Tri Comments Off on ‘The Prison’ Tops The Box-Office
STAR VIDEO

August 22, 2017 Tri Comments Off on Max Changmin and Choi Siwon Return From the Military