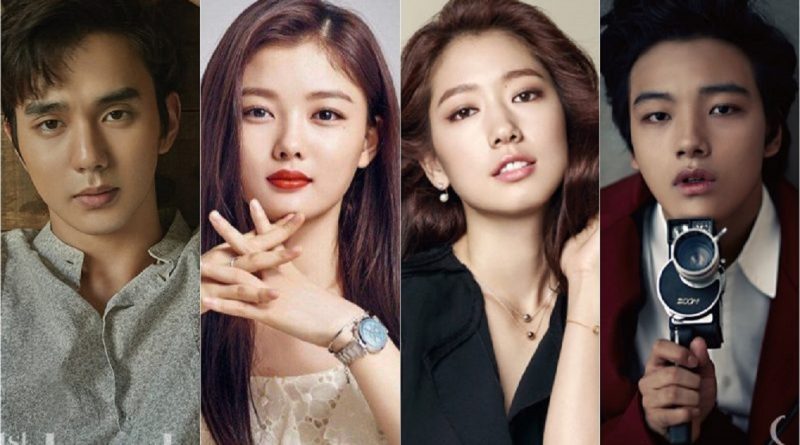 Actors and actresses born in the 90’s have grown into a more mature figure. Started a career since childhood and continues to act actively until now, making their name and face easy to find on the screen and the big screen. Who are these people?

Yoo Seung Ho was born in 1993, he began to gain a recognition as a child actor through the movie ‘The Way Home’ which was released in 2002. But it’s not the first time he plunged into the entertainment industry, he ever appeared in a mobile ad in 1999 which was his debut in the entertainment world. After that, he is active in various television series such as the drama ‘Master of Study’, ‘I Miss You’ and is currently starring in MBC drama ‘Ruler’. Although he is still young, 24 years old, he can be said as a senior in acting.

When Kim Yoo Jung was four years old, she had starred in five different commercial advertising products. Then at the age of five, Kim Yoo Jung starred in one drama, one movie, and one music video. When the children of her age are busy playing, Kim Yoo Jung has already begun to pursue a career in the entertainment world. Kim Yoo Jung is predicted to be one of the Korean actresses who will shine in the future. She has proven her acting skills in masterpieces such as ‘The Moon That Embrace The Sun’, ‘Moonlight Drawn by the Clouds’ and the movie ‘Because I Love You’.

Park Shin Hye was involved in the making of Lee Seung Hwan’s MV when she was 11 years old. Her career in the entertainment industry began to climb after she starred in the phenomenal drama ‘Stairway to Heaven’. In the drama, Park Shin Hye collaborated with famous Korean actors and actresses in their eras, such as Kim Tae Hee, Kwon Sang Woo, and Choi Jin Woo. So far the drama that is starring Park Shin Hye has always been a hit, for example, ‘You’re Beautiful’, ‘The Heirs’, and ‘Pinnochio’.

Usually, we can only see Yeo Jin Goo as a younger character from the main character. For example, in 2012 he acts as the young Han Jung Woo in the drama ‘Missing You’. After that Yeo Jin Goo gets a lot of role as the main character and began to spread his wings in the entertainment industry. His deep voice is capable of melting the female fans’ heart. Yeo Jin Goo’s latest drama ‘Reunited World’ will be airing on July 19th on SBS.

April 23, 2017 Tri Comments Off on Suzy Becomes the MC of ‘Baeksang Art Award’ 2 Years in A Row
STAR VIDEO

March 15, 2017 Tirta Comments Off on ‘Man to Man’ Has Finished Shooting