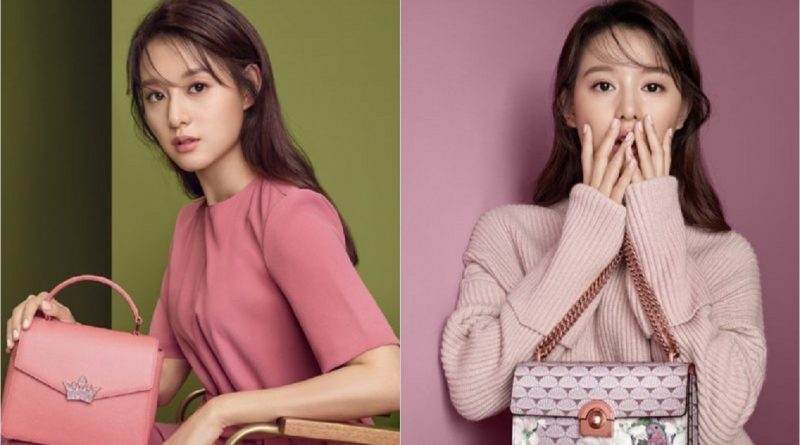 Beautiful actress Kim Ji Won draws attention with her elegant appearance. On the 14th, the agency released a photo of Kim Ji Won as J.ESTINA handbag model for autumn 2017.

In the published photos, Kim Ji Won exudes the autumn charm. She wore a warm knitwear with a pink background. Making a feminine pose while carrying a hand bag, Kim Ji Won stared at the camera. Big eyes and lovely pose of Kim Ji Won has attracted the attention of many people.

At other shoots, Kim Ji Won is wearing a two-piece colored camel and a coat that matches the color of the bag. Elegant and luxurious charm are radiated from her. She wore a white shirt with backpack and jeans that completed her chic look.

Meanwhile, Kim Ji Won is confirmed to play in the movie ‘Detective K 3’.