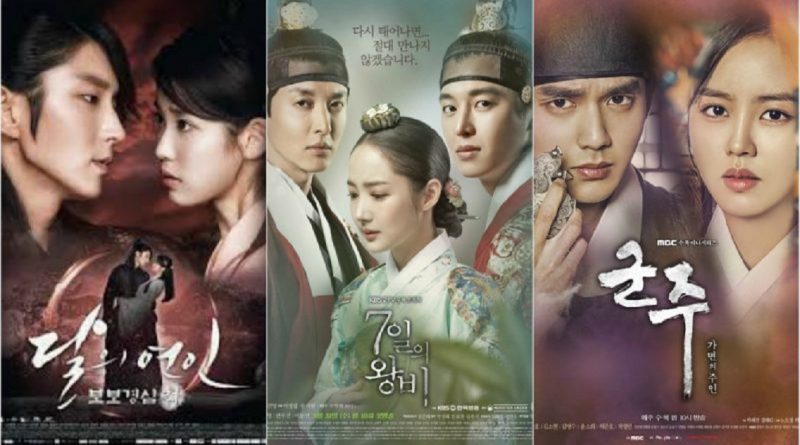 In historical dramas, often the seizure of the throne becomes part of an inseparable plot. The story of the seizure of the throne becomes interesting when two or more brothers fight over the title of the real king that will actually bring more problems in their life. Both winners and losers alike do not get happy endings. Here is a list of historical dramas that ended up sad or tragic.

Prince Wang So (Lee Joon Ki) seized the kingdom after a massive uprising. But that did not necessarily make him calm because another prince even a queen mother did not approve of this. The Queen Mother and her children tried to overthrow Wang So from his throne. Not only that but he who became king also cannot marry a girl who has wounds on her body just like Hae Soo (IU) even though he loves her very much. Hae Soo also had to feel pain when her friend Chae Ryung was killed by Wang Soo.

Lee Yeok (Yeon Woo Jin) captured the throne of King Yeonsangun, Lee Yoong (Lee Dong Gun) thanks to the previous King’s will. But the title that has been obtained just bring disaster to his relationship with his wife Shin Chae Gyung (Park Min Young). Shin Chae Gyung’s parents who were traitors were killed by his followers. Shin Chae Gyung herself continues to be the target to be killed because of her family background. For the sake of the safety of their lives, they must live apart from each other for a long time. Lee Yoong’s brother was also killed by his followers who make Lee Yeok feel even more guilty.

3. Ruler: Master of the Mask

Unlike the two dramas above that ended very tragic. The drama is not entirely pleasant or sad. Lee Sun (L) had to die after getting attacked with the sword and the drama actually ended happily when finally the crown prince who has become the king (Yoo Seung Ho) and Ga Eun (Kim So Hyun) get married. Which one is the false king and which one is the real king was finally revealed.

Which of these three dramas do you think is the most tragic?

February 24, 2017 Tri Comments Off on Four Actors in Their 30s Who Successfully Spread ‘Ticket Power’ in Movies
VIDEO