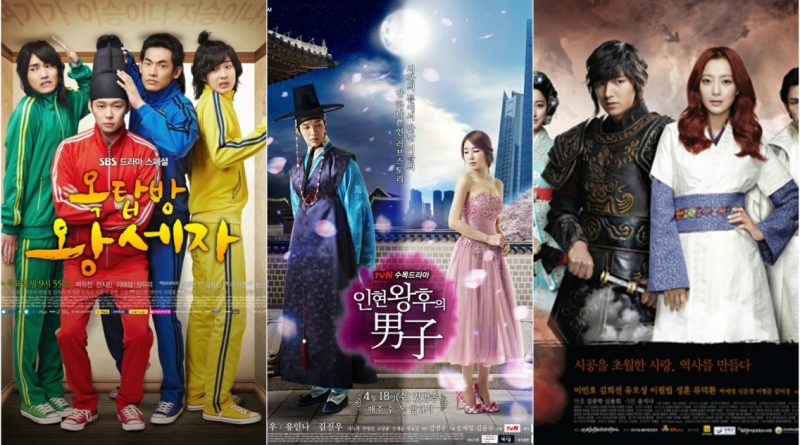 This drama tells the story of Crown Prince Joseon era, Lee Gak (Park Yoochun), who is investigating the death of his wife, Hwa Yong (Jung Yoo Mi), suddenly stranded in Seoul in 2012, in the apartment of a girl named Park Ha (Ha Ji Min ). Apparently in 2012, there is a reincarnation of Lee Gak, Hwa Yong, and his sister, Bu Yong (Ha Ji Min). While investigating what happened, Lee Gak and Park Ha are in love.

The story tells of a scholar from the time of King Suk Jong (the era of Dongyi) named Kim Bung Do (Ji Hyun Woo) who is thrown into the future because of a talisman. When in danger, the talisman can deliver Bung Do to the modern world. The story also centers on his love story with Choi Hee Jin (Yoo In Na) who falls in love with Bung Do.

One day, Choi Young (Lee Min Ho) travels time into the future to save the life of Yuan’s dying daughter. It was in modern times that he later met Eun Soo (Kim Hee Sun), a plastic surgeon with amazing skill. Choi Young then kidnaps Eun Soo with the aim of bringing her into the past to heal Young’s daughter. Choi Young promises to return Eun Soo to the future if Young daughter’s healing mission succeeds.

July 16, 2018 Ria Comments Off on 5 Korean Actors with the Sweetest Smile
Rank&Talk STAR

August 29, 2017 Ria Comments Off on Great Actors Are Lining-Up For The Movie ‘Fortress’