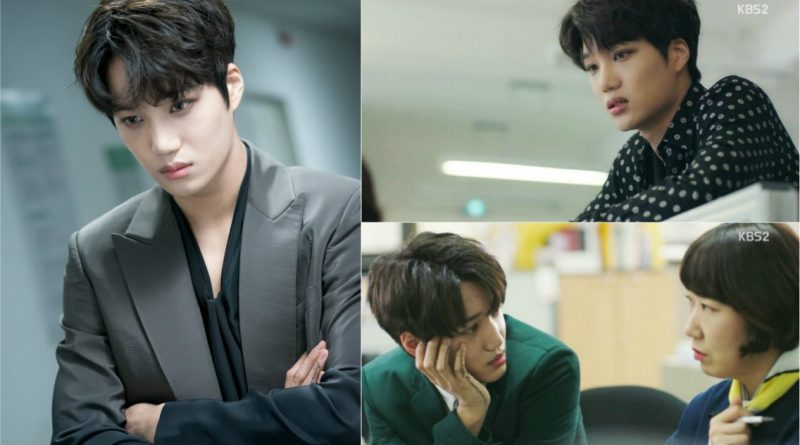 EXO Kai is now showing his existence in the main screen.

Kari played the role of a grim reaper named Ato because of his past mistakes in KBS drama ‘The Miracle We Met’ that changed the destiny of Song Hyun Chul A and Song Hyun Chul B.

Ato who came from the fantasy world showed a strong mysterious atmosphere and a dazzling visual. Kai that has been nicknamed as ‘Characters who came out from manhwa’ is now successfully showed his amazing appearances in the main screen.

Kai gained a lot of attention from the viewers since the beginning of his drama eventhoug he has no lines and only showing significant postures and gestures that showed off his charisma. He started to get involved in the human world since the 5th and the 6th episodes to make up for his past mistake.

The appearance of Kai is completely unpredictable. Kai who has been known as a god of dancing from SM Entertainment successfully gained attention through his webdrama ‘Chocobank’ and also ‘7 First Kisses’. Last Year he also played the lead character Lee Si Kyung in drama ‘Andante’ that showed his potential as the main lead and his ability to do the emotional act. After preparing himself even better, he is now ready to entertain the viewers through his dazzling performances in drama ‘The Miracle We Met’.

‘The Miracle We Met’ told a story of two men named Song Hyun Chul A and Song Hyun Chul B that has the same name and date of birth. Kim Myung Joo, Kim Hyun Joo, Ra Mi Ran and Kai showed good performances in the drama that made it popular in between the viewers.

April 17, 2017 Tri Comments Off on Tak Jae Hoon Becomes the MC of K STAR ‘I Am the Actor’
MUSIC VIDEO