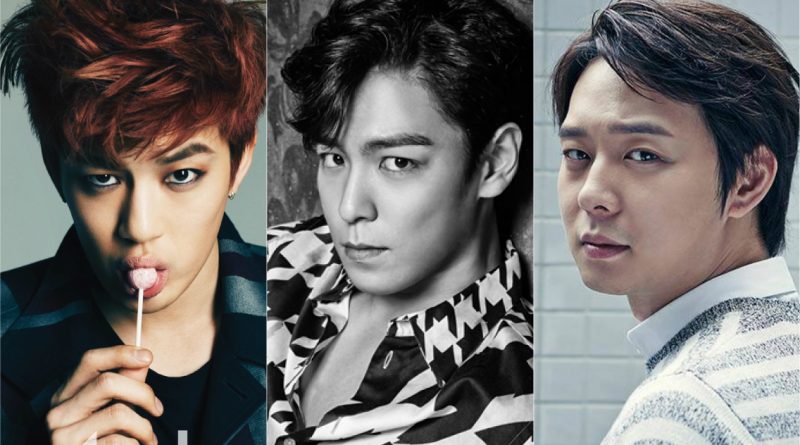 Se7en committed a violation when he was in military service in 2013. Se7en could be in the spotlight because he was caught on camera visiting the place of adult massage during the time of  military service. He went with Sangchu Mighty Mouth, and five other celebrity recruits. As a result, they have to serve a 10-day sentence in a military prison. The scandal also made his relationship with Park Han Byul over after 12 years of undergoing a love affair. In an Instagram upload, Se7en clarified the incident and apologized to fans who continue to support him.

One of Big Bang members, TOP was also involved in a case while being in military service. According to a report from the Seoul Metropolitan Police Department, the results of hair follicle tests showed that he was positive for consuming marijuana. The police have long been targeting TOP in drug cases. TOP was proven to use marijuana along with his girlfriend who has acknowledged him as an ex-lover. After being found guilty, TOP admitted his fault and felt very sorry and embarrassed by his actions.  TOP wrote a letter and apologized to all parties involved.

One of JYJ’s members, Park Yoochun also had been involved in a legal case while undergoing military service. At that time, Park Yoochun was reported to Gangnam Police Station, Seoul, South Korea, by a woman named Lee on charges of sexual harassment. But after a few days, the accusation against Yoochun revoked the testimony of the victim’s lover who confessed during the event took place, Lee was also in a drunken state just like Yoochun. Park Yoochun had been asked to pay money of 1 billion Won. The money will be used to take care of the woman’s move from Korea to another country. Because there was no evidence, the agency pf Yoochun rejected the request. Then, on the same day, reports of allegations of sexual abuse to Yoochun were submitted to the authorities. After a time and a lot of conflicting news related evidence received by the police, Park Yoochun finally declared innocent in July 2016.