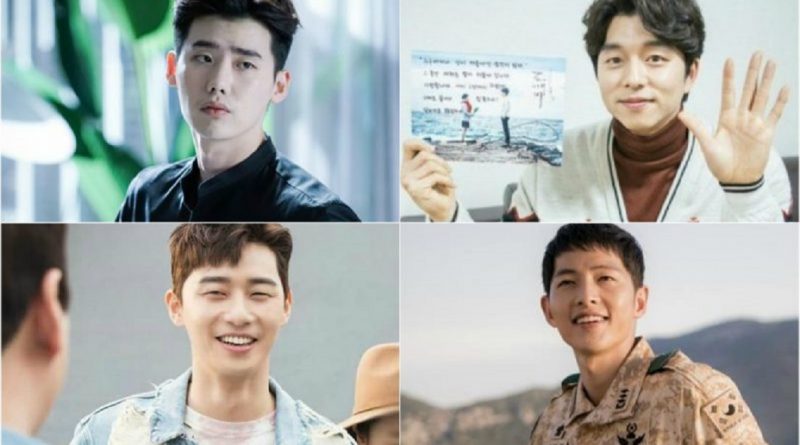 There’s no question why Kim Shin (Gong Yoo) is said to be the ideal character to have a relationship with. How come? Kim Shin is able to bring Ji Eun Tak (Kim Go Eun) his girlfriend to Canada with only through 1 door. Not only that but Kim Shin is also able to save Ji Eun Tak’s life when she’s in various dangers. Still remember when Ji Eun Tak almost killed by the ex-boyfriend of her ghost friend? Or almost got into an accident when she’s taking a bus?

Do Min Joon (Kim Soo Hyun), the master teleportation. Every time his girlfriend Cheon Song Yi is in danger, he swiftly comes to the rescue because he has got the previous clue. Do Min Joon can also make the women amazed because of his intelligence and ability in giving magic shows like lifting things around.

Who would not want a couple like Yoo Si Jin (Song Joong Ki)? Yoo Si Jin is a strong, brave, and handsome man. Even if he’s in danger, he can still make jokes and entertain people around him. Not only that, but he also dares to risk his life for the sake of children, parents, and a beautiful woman.

Go Dong Man (Park Seo Joon) is a fighter who doesn’t only dream big but he is also courageous. It is proved from him still wanting to continue the game despite suffering severe injuries. Not only that but he is also very considerate and affectionate to his girlfriend Choi Ae Ra (Kim Ji Won). He is always there to calm Ae Ra when Ae Ra is feeling sad.

Charming and rich is the definition of Kang Chul (Lee Jong Suk) in the drama ‘W’. In addition, Kang Chul is also a smart guy because he managed to know that there is someone who controls his life. He also managed to get out of the comic. Kang Chul is very considerate and loves his girlfriend Oh Yeon Joo (Han Ho Joo) that he agrees to do the 9 sweet things.

Which of the five characters do you think is the ideal boyfriend?